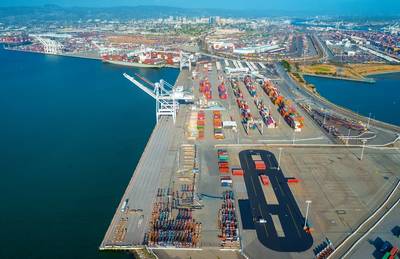 Container volumes at the Port of Oakland decreased 1.8% in 2019, new data shows.

The port attributed the decline to fewer empty containers but said loaded import and export containers were at a record high.

Export volume increased 3.7% last year, and imports were up 1%, the port said. As a result, the port set a record for loaded containers in 2019 with 1.9 million TEUs. The port broke a 2018 record of 1.86 million loaded TEUs. The port said the results were promising given a China-U.S. tariff standoff that dampened global trade in 2019.

The port, which attributed export volume growth to continued demand for U.S. agricultural products, said shippers are increasingly finding markets outside China to grow their businesses.