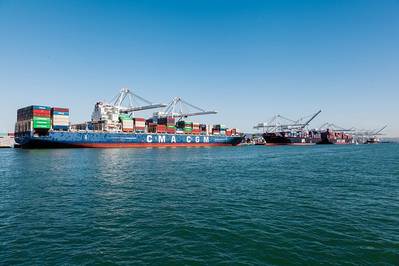 A record-breaking peak season continues at the Port of Oakland. The Port said that last month was the busiest September for import cargo in its 91-year history. That followed another all-time record in August.

The port reported that import volume increased 5 percent last month over September 2017 totals. August 2018 imports were up 9.2 percent compared to the same month last year, the port added. Continued strength in the U.S. economy, spurred by consumer spending, is driving the import surge, the port said.

While it’s too soon to project the impact of 2018 tariff increases on cargo from China, tariffs could affect $2 billion in imported goods, the port said.
Total container volume, which includes imports, exports and empty containers, is up 3.4 percent this year, the port reported. If the trend holds, Oakland would break its all-time total volume record established in 2017.