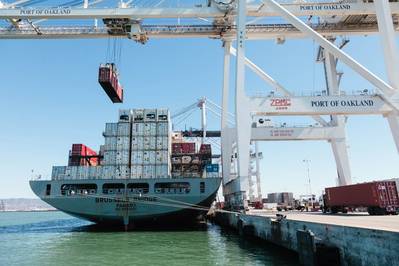 The Port of Oakland will add new direct service to Vietnam by late April. Pacific International Lines (PIL) will launch direct Vietnam links using vessels that can carry up to 11,900 20-foot containers. PIL’s new service is called AC5 and is in partnership with Cosco and Wan Hai.

In 2018, Vietnam was the Port of Oakland’s third largest import market and fifth largest export market. When measured by volume, American exports to Vietnam from Oakland have grown by 126 percent since 2015. Oakland imports from Vietnam have grown 29 percent since 2015. The new PIL service route between the Port of Oakland and Vietnam is in response to Vietnam’s expanding import and export markets.