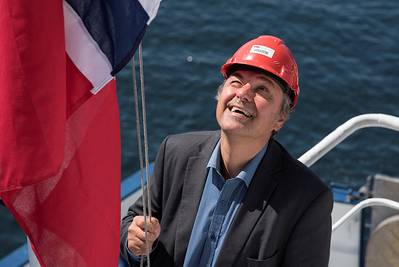 There were 600 ships registered in the Norwegian International Ship Register (NIS) by the end of January, making the highest number of ships in the register since 2008.

The ship register had been characterized by decline until 2015; there were 522 ships in the NIS in 2014.
In order to reverse the negative trend, the Norwegian government presented several measures as tpart of its maritime strategy that, among other things, relaxed the trade area restrictions for NIS-registered ships and strengthened the grant scheme for the employment of Norwegian seafarers.
As a result, as many as 54 of the ships that have transferred to the NIS since January 1, 2016 can be directly linked to the trade area changes.
The gross tonnage of the NIS-registered fleet is now over 15 million, which is an increase of 14.3 percent since 2014.
“This is good news for the entire maritime industry in Norway, and with increased tonnage we also have more influence in international maritime forums,” explained Norwegian Director General of Shipping and Navigation, Olav Akselsen. “A growing fleet may also provide opportunities for Norwegian seafarers.”
Norway’s Minister of Trade and Industry, Torbjørn Røe Isaksen, said, “We are one of the world’s leading maritime nations and have long and proud traditions within shipping. I’m glad that we have managed to turn the negative trend around, so that more shipping companies want to fly the Norwegian flag. This shows that our maritime policy is working.”
“A large Norwegian fleet is important in order to secure jobs and our maritime competence,” the Minister added.
• Norway • Norwegian government