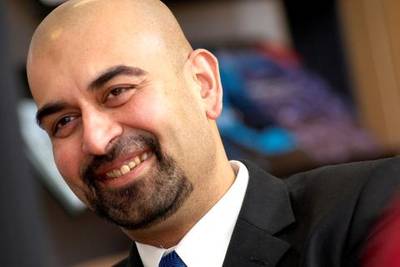 North P&I Club said it has strengthened its Mediterranean-based claims team with the transfer of Dev Lajmi, one its most experienced senior claims executives, from the U.K. head office to its regional office in Piraeus.

North’s local director Tony Allen said, "Dev’s wide-ranging skills and experience will be a great asset to our Greek Members as well as other Members based in southern Europe, helping to ensure they receive the highest levels of support and advice locally."

North P&I Club said Lajmi was pivotal in the recent high-profile removal of the MV Smart wreck in South Africa, working closely with Members Unimar/NGM, who have engaged fully with local authorities, contractors and other stakeholders over the past two years to ensure the 151,279 DWT grounded coal carrier was safely lightened, refloated and scuttled.

Lajmi is a master mariner with 22 years sea-going experience, including commanding vessels trading in Europe and the Mediterranean since 2002. While ashore in the U.K., he also gained a teaching degree, lectured in nautical science for 10 years at South Tyneside College and served as an external examiner for the U.K. Maritime and Coastguard Agency.

Lajmi joined the claims department at North’s head office in 2006. Since then he has dealt with admiralty, cargo and pollution claims in the Middle East, Cyprus, The Netherlands, the U.K. and Greece. He also regularly provides members with loss prevention support and advice on all claims-related issues.