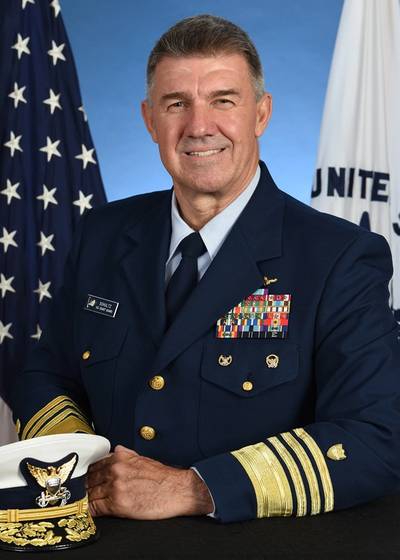 The career biography of Admiral Schultz is predictably impressive for an officer that has ascended to the top of the United States Coast Guard. Admiral Schultz, who become the 26th Commandant of the United States Coast Guard on June 1, 2018, hit the ground running and has been on a mission since day one to not only stress the importance of the maritime industry as a whole, but to inextricably link the U.S. maritime industry – inland, Great Lakes and coastal – to the current and future success of the U.S. economy. He and his leadership team have been tireless advocates to ensure that Coast Guard operation and asset budgets as well as maritime infrastructure needs are kept ‘top of mind’, firmly entrenched in the ‘vital infrastructure’ discussion.

Keeping the commercial maritime waterways humming means business for the subsea community, and a quick ‘by the numbers’ look at the U.S. maritime industry is enlightening and puts the Commandant’s mission in perspective: 95,000 miles of shoreline, 25,000 miles of navigable channels, 361 ports, 50,000 federal aids to navigation, cumulatively support more than 30 million jobs and $5.4 trillion in economic activity. 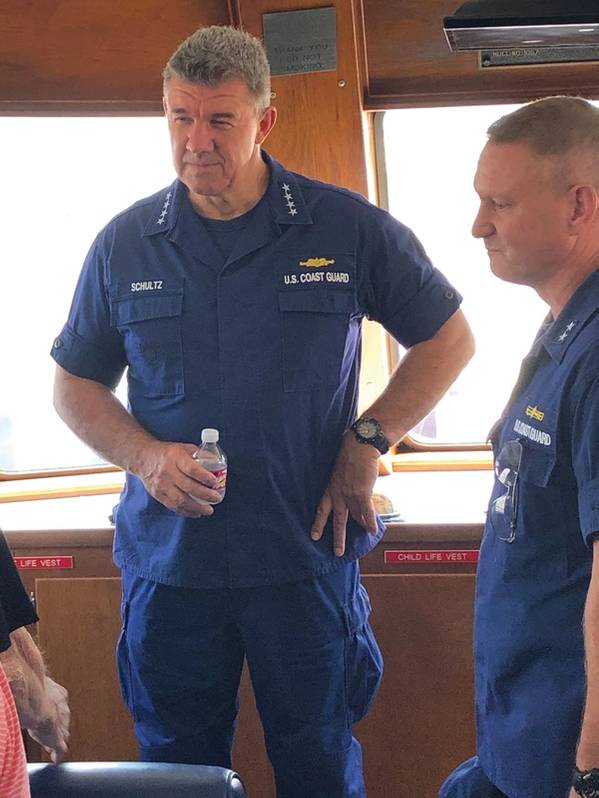 A key document for Admiral Schultz’s is the “Maritime Commerce Strategic Outlook” released in October 2018. “We are committed to the Maritime Commerce Strategic Outlook as a 10-year plan to raise the visibility of the importance of the Coast Guard to our nation’s commerce and economic prosperity,” said Admiral Schultz. “When it comes to conversation about infrastructure, the Coast Guard needs to be a part of that conversation.”

The Commandant is clearly passionate about all matters maritime, and he realizes too that tomorrow’s Coast Guard must be in-step with the world at-large in terms of technology, as an efficiency measure but also to hold serve in the fast-evolving realm of cyber security. “We can’t be 10 years behind general society in terms of technology,” Admiral Schultz told MTR.

“Think about automated ships and facilities. With those automated ships and facilities comes risk, technical and cyber risk. With all of the technology comes increased vulnerability. We’re building out our cyber capability at the Coast Guard. I have about 300 positions today on cyber at the Coast Guard, and the 2020 budget has about another 60 bodies as we have to defend Coast Guard networks from attack and we have to bring a cyber regulatory face to the waterfront. We need to build our own technical experts in this area” and to that end there is a new cyber major at the Coast Guard Academy, with the class of 2022 being the first with graduates with a cyber degree.