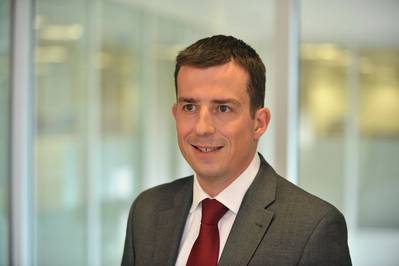 Not enough companies in the shipping industry are following joined-up risk management procedures, according to international accountant and shipping adviser Moore Stephens.

The second annual Moore Stephens Shipping Risk Survey revealed a fall, when compared to last year, in the overall level of satisfaction on the part of respondents that sound risk management had contributed to the success of their organisations. The involvement of senior management in managing risk at the highest level also declined against last year.

Overall, respondents rated the extent to which enterprise and business risk was being managed effectively by their organisations at 7.0 out of 10.0 (unchanged from last time). One respondent noted, “Financially well-managed shipping companies need only fear another collapse in rates and values,” but another said, “We misjudge the market and don’t take the right course of action to protect profits.”

Demand trends were deemed by the greatest number of respondents to pose the highest level of risk to their organisation, closely followed by competition, with the cost and availability of finance in third place. One respondent said, “Market reports are uncertain. Company-specific risk matrices need to be drawn up on the basis of experience, fundamentals and hindsight following evaluation of available market analysis reports which are, however, uncertain.”

Respondents to the survey felt that the level of risk posed by most of the factors which impacted their business would remain largely unchanged over the next 12 months, with the exception of tonnage supply and competition, which were perceived to have the potential for increased risk. No-one overall expected less risk in any of the categories.

One respondent said, “The problems are internal rather than external. We are not versatile enough. Emerging IT is not a risk in itself, but we are too slow to adapt to changing needs and competition.” Elsewhere it was noted, “Embedded derivatives are not being disclosed. For example, bunker escalation clauses in contracts of affreightment are de facto derivatives, but I have never seen them disclosed separately.”

Overall, 35% of respondents (compared to 37% in the previous survey) confirmed that risk was managed by means of discussion without formal documentation, while 41% noted that risk was documented by the use of spreadsheets or written reports, compared to 42% previously. Internally developed software was employed by 17% of respondents (13% last time) to manage and document risk, as opposed to the 5% who used third-party software.

On a scale of 1.0 to 10.0, estimates of claims and provisions, and changes to legislation (both 4.2) were deemed the most likely factors to result in a material mis-statement in companies’ period-end financial statements. Impairment involving vessels in use (4.0) featured in third place in this regard.

Michael Simms, Moore Stephens Partner, Shipping & Transport, says, “The survey revealed that risk is being managed effectively within a high percentage of those organisations which participated in the survey. It is nonetheless disappointing to find that confidence in the level to which enterprise and business risk management contributes to the success of shipping organisations has fallen slightly in the past 12 months. So, too, has high-level involvement by senior managers.

“Shipping is a risky business, one in which an unwillingness to take any risk whatsoever sometimes represents the biggest risk of all. But that does not mean that the industry can afford to ignore or underestimate risk. It must achieve the right balance between risk and reward, and especially so when reward levels are low, as they are at present. The rewards may vary, but the risk will not go away.

“The shipping industry’s level of vulnerability is reflected in the diverse nature of the threats identified by respondents to the survey. Few other industries could claim to be exposed to risks arising from economic uncertainty, mis-diagnosed analyses, renegotiation of existing contracts, lack of financing, uncertainty over asset valuations, defaults on loan repayments, political sanctions, monopolistic policies, regulatory changes, falling crude oil prices, customer insolvency, fears over the Chinese economy, uncertainty in Europe (and not just as a result of Brexit), and plain old supply and demand.

“Since the start of the worldwide economic downturn in 2008, shipping has coped, to varying degrees of success, with what might be regarded as the ‘traditional’ risks associated with operating in the industry. But there is also a growing threat from extraneous factors such as cyber-security and the increasing level of IT-related risk. The industry’s risk profile is changing, and with that the industry itself must change its approach to identifying risk. For some, outsourcing is a solution. However, managing the risk of doing this must not be overlooked. If the risk is not recognised, it cannot be controlled.

“The key to identifying and mitigating any type of risk lies in the application of sound, firm-wide governance control systems. Simply paying lip-service to corporate governance will not do. The tone needs to be set by senior management, leading from the front.

“A rating of 7.0 out of 10.0 in respect of the level of effective management of risk at companies which participated in the survey is not too discouraging. But it needs to be higher, as does the figure of just over 40% of companies which formally document the management of risk. Not enough companies are pursuing joined-up risk management procedures. Ultimately, the price to pay for inefficient management procedures, and the failure to monitor risk in a systematic and documented fashion, could be corporate failure.”