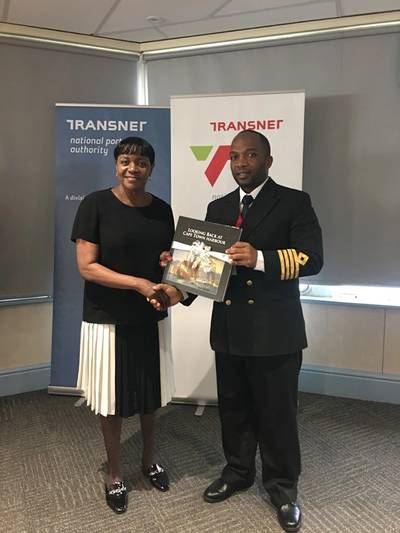 Transnet National Ports Authority (TNPA) welcomed a high-level delegation from the Miami-Dade County in the United States for a tour of South Africa’s second busiest port, the Port of Cape Town, on Tuesday, March 26, 2019.

The visit formed part of the Miami-Dade Business Development Mission to South Africa from March 24 to March 27, 2019.

TNPA and the Miami-Dade County enjoy an ongoing relationship which included the signing of an MOU in 2014 to collaborate on vital skills and training, internships and exchanges between Miami and South African ports. There have also been several visits to the port over the years.

Outcomes of the MOU to date include collaboration on cruise business best practices, expanding trade routes to and from Miami Port and capitalising on the African Growth and Opportunity Act (AGOA) opportunities from Cape Town.

Miami is the closest US entry point into the key North American market. It is viewed as a world-class city, global gateway, logistics hub and cruise tourism capital of the world.

It is also one of two home ports serving the fast-growing cruise industry and attracting growing numbers of tourists. The V&A Waterfront was awarded a concession by TNPA for the development of the Cruise Terminal facility at E Berth, which is now at Phase three of its development.

TNPA’s Cape Town acting Port Manager, Captain Alex Miya said the South African port authority was committed to exploring various ways in which to grow the relationship between the Port of Miami and the Port of Cape Town.