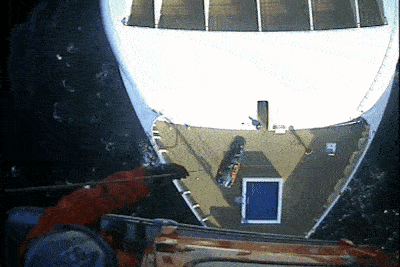 The captain of the cruise ship Norwegian Gem contacted watch standers at Coast Guard Sector Delaware Bay’s command center at 2:30 p.m. and notified them that a passenger was suffering from abdominal issues and needed a higher level of care.

Once on scene, the MH-65 Dolphin aircrew hoisted up the woman, accompanied by a nurse, and transported them to AtlantiCare Regional Medical Center in Atlantic City.