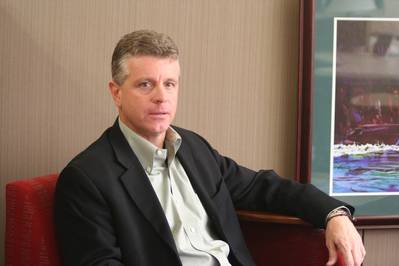 He will be domiciled in the company's Jacksonville headquarters and report to Rob Grune, senior vice president and general manager, petroleum services.

Yacavone, who assumes his new position Jan. 7, will be responsible for the planning and direction of sales and chartering initiatives, overseeing development of policies and procedures, coordinating and negotiating customer contracts and developing business relations, particularly in the company's articulated-tug barge (ATB) and tanker programs.

“We are very pleased to have Matt join our team here in Jacksonville,” said Grune. “He has a strong track record cultivating mutually beneficial business relationships with core customers in the petroleum industry. Matt also brings a wealth of operational knowledge and experience to Crowley, which is of paramount importance to our customers as we ensure compliance with all laws, regulations and internal core requirement for safety, environmental protection and business ethics.”

Yacavone most recently served as executive vice president of Gulf of Mexico and offshore units for Marquette Transportation in New Orleans. Previously he worked as vice president of business development for the U.S.-flag division of Overseas Shipholding Group (OSG / Maritrans) in Tampa, and as director of commercial contracts and manager of marine operations for Crowley in Jacksonville and San Juan, Puerto Rico. He began his career in 1989 as marine superintendent for McAllister Towing in Camden, N.J., upon his graduation from the U.S. Merchant Marine Academy at Kings Point. Yacavone later earned an MBA degree from Jacksonville University in 2003.