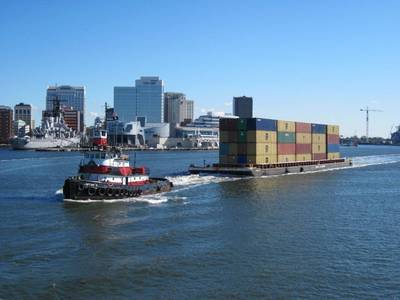 Roads around the New York metro area, and up and down many parts of the East Coast, are increasingly congested. The congestion increases air pollution, leads to poor roads, and slows the flow of people and goods throughout the region.

On September 27, SUNY Maritime College will host a conference to discuss ways to move cargo transport off land and onto the water, thereby reducing road congestion and air pollution.

Other nations and regions around the world are increasingly seeking to move cargo traffic off the roads and onto ships. These marine highways are developing to enable and sustain what is called short-sea shipping, where freight is carried over water for shorter distances than traditional shipping operations.

“For marine highways to be successful in this country, we need to raise awareness of the advantages short-sea shipping has to offer,” said Capt. Eric Johansson, professor of Marine Transportation at Maritime and SUNY Distinguished Service professor. “This conference is an opportunity for urban and regional planners, terminal operators, educational institutions and labor organizations to learn how to integrate marine highways into their policies and plans.”

The Maritime Administration, a branch of the U.S. Department of Transportation, has designated 25 marine highway routes around the country. One of them includes New York City, and the city government is initiating a marine highway solution to export municipal waste and other cargo through the Red Hook Container Terminal in Brooklyn.

The conference begins at 9 a.m. The registration fee is $50 a person. Click here to register.