Celia Konowe is a rising college senior from Reston, Virginia...

Emily Penn is an ocean advocate and co-founder of eXXpedition. As an artist, skipper and marine explorer, she is leading the world's newest crew of superheroes: those dedicated to saving our planet. Born and raised in England, Penn grew up sailing and was trained as an architect at the University of Cambridge—a career that would pan out very differently than she imagined. Today, with 12 years of action and outreach under her belt, Penn takes an approach to solving our ocean crises that emphasizes collaboration, community and commitment, all bolstered by her passion, hope and energy towards creating a better future.

As a sailor, Penn’s connection to the maritime community has been lifelong. Sticking to character, when she was offered her first job after university in Australia, Penn looked for ways to hitchhike from England on a boat. She managed to join an expedition that was crossing the world’s oceans on biofuels and was shocked throughout the trip by the amount of plastic waste they encountered. From floating masses in the middle of the ocean to cluttered coastlines on small islands, the plastic issue was clear and real to Penn. While this experience spurred the start of her work with plastics, it still took several years of expeditions and cleanups for Penn to recognize her new career path.

Never fear, though—Penn’s architect days haven’t been forgotten. As a constant homage, Penn has adopted art as an important hobby, which provides her with a sense of calm and a closer look at the surrounding world. “It’s like doing science and seeing things that you wouldn't have if you weren't looking as closely. For me, art is a bit the same,” she explained. “When you're drawing something, you have to look very closely to do a good drawing. And looking at my life—my transition from an architect and all the travelling I did in my 20s—it’s a really nice way for me to observe the world.” Beyond her personal affiliation with art, Penn sees such industries as impactful when tackling the plastic crisis. “I think art can play a really keen role in this whole movement. As important as science is, for a lot of people, facts don't mean that much if they don’t pull on your heart strings and provoke an emotional response in terms of behavior change.” Penn’s ability to identify all the necessary and influential characters in the plot of today’s climate horror film has made her a key and dynamic leader who isn’t afraid to tap into different skillsets for help.

Co-founded by Penn in 2014, eXXpedition does just that. Originating as a one-off trip across the Atlantic Ocean to look at plastic and toxic pollution, eXXpedition gained enough traction as an all-female research team to continue its voyages. In 2019, the organization announced Round the World, a two-year (now three, thanks to the pandemic) expedition to examine plastic pollution in the oceans’ gyres, with 300 women brought along (10 on each leg of the tour). eXXpedition’s work follows three clear aims, Penn explained. The first is scientific research, which is accomplished by collecting samples from the surface water, the water column, sediment and the air to examine microplastics and identify polymer type. “All of these indicators that try and help us establish, are these microfibers from our clothes? Are they tire dust from our cars? Are they from packaging?” The second goal focuses on communication and storytelling: “It's about getting eyes on these very remote parts of our planet that so few people ever get to go to, and bringing these stories back to land, which is where we need the change to happen,” Penn said. Lastly, the organization aims to build an army of women who have seen the problem first hand and are dedicated to creating positive change. Penn believes that there are hundreds of solutions to the plastic problem; we just need people working from every angle. With that in mind, eXXpedition crew members come from more than 50 nationalities and diverse backgrounds, each with a unique perspective and talent.

Penn sees this dynamism in problem solving as key to improving ocean health. “It's all about people and inspiring and empowering others, whoever they are and wherever they live in the world, to find their superpower—their opportunity, the thing that they can do that's going to make a real difference, and then to set about making that difference.” With a united goal of helping the oceans, Penn’s various projects (including eXXpedition) are people-oriented, looking beyond the expected professions of being a sailor or a scientist and instead dealing with the public. “Everyone has a unique opportunity. It's all about looking at the people in the room and asking, 'What unique opportunities do you have to make a difference—today, tomorrow, next week, next year?' and then starting to map out that path. And that's my passion,” she said. 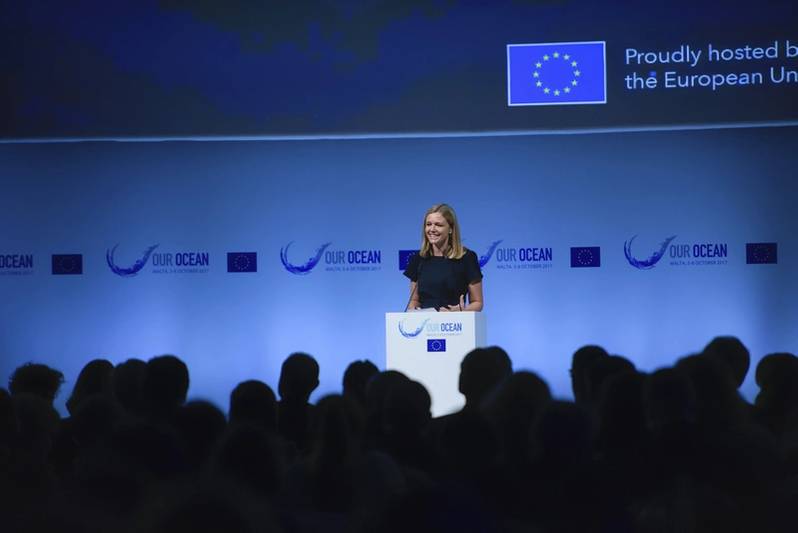 While eXXpedition does a great job of taking hundreds of women on its unique and life-changing voyages, this experience isn’t an easy opportunity for everyone—although the ability to help is still as prevalent as ever. With the hope of getting back to sea next April, the team has been processing scientific samples and promoting their most recent plastic pollution resource. Launched on World Oceans Day (June 8, 2020) the SHiFT Platform employs technology to help users identify their role in reducing plastic pollution despite there being so many ways to do so. A partner project between Penn, eXXpedition and SAP, SHiFT.how helps navigate where to begin and provides specific solutions. “One of the limitations of eXXpedition, I think, is that we can only take 10 women at a time on the boat. So, the beauty of SHiFT.how is that it takes it much further," Penn explained.

The SHiFT platform exemplifies the role technology plays in science activism and outreach, especially during a pandemic. With most expeditions cancelled for safety reasons, scientific research has a large obstacle to overcome. However, Penn believes that despite the uncertainty in the last six months, planning how to live with the virus is key, since the climate crisis isn’t going away: “The ocean needs it. We're still polluting—there's been a small pause in emissions, but everything else has been very much the same. So, I think we need to get back out there, to continue science and to be able to get closer to solutions.” Even after the pandemic subsides, technology will be key to marine science and exploration, thanks to its ability to increase accessibility. “Certainly, projects like ours and others out there are taking exploration that was only available to professionals to now something that is a lot more accessible to everyday people. I think that's really important because we realize more and more that it's not just scientists that need to be exploring—we need storytellers and designers and solutionists to be out there as well,” said Penn. On top of that, data collection, as Penn explains while referencing her work with University of Georgia’s Marine Debris Tracker app, has become easier, more robust and has a lower chance of error. In addition to technological advancement, Penn hopes for a larger emphasis on solutions-based science. “I think more and more we need to be asking the question of 'What do we need to find out to solve the problem?' And that's really important—what's the outcome of the science? How's it going to change the world?”

With a lifelong connection to the ocean and a unique view on the plastic pollution problem, Penn has opened new doors in scientific advocacy and activism throughout her career. Equipped with passion, curiosity and resourcefulness, her work demonstrates that no problem is too big for a dedicated crew of heroes. All you need to do is find your superpower. 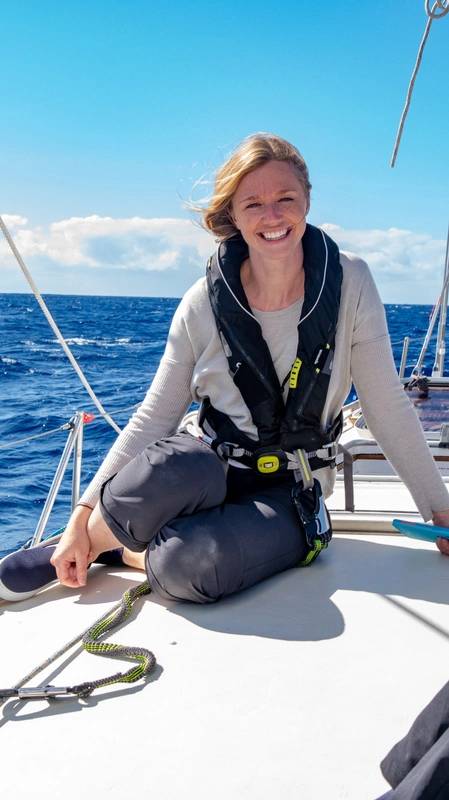