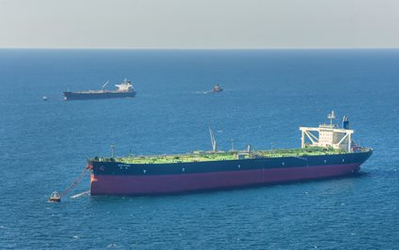 LOOP, which exports mostly medium sour grades produced in the U.S. Gulf of Mexico, last month exported more than twice the amount of light sweet from the prior month. Overall exports of U.S. crude hit a record 3.77 million barrels per day (bpd) one week in June, U.S. government data showed.

Crude imports at the port dropped in June to about 56,667 bpd, from 174,194 bpd in May, data from Refinitiv Eikon showed. While nearly a dozen new oil-export ports have been proposed along the Gulf Coast, LOOP is the only U.S. oil terminal now capable of fully loading and unloading supertankers.

U.S. crude's discount to Brent <WTCLc1-LCOc1> widened in late May to minus $10.99 per barrel, the most in about a year, bolstering demand for U.S. oil. The spread was $6.42 per barrel on Tuesday.

Six tankers in June together carried a record 8.5 million barrels of light sweet crude from LOOP toward destinations in Asia and Europe, according to data from ClipperData and Refinitiv Eikon.

"If there were a lot of imports coming in, they wouldn't have the space to push out all that crude," Zein said. "Higher exports mean the pipe is pumping more out of the (storage) caverns."

Among the tankers exporting light sweet crude from LOOP in June was New Prime, chartered by Royal Dutch Shell Plc, which departed toward India, according to Refinitiv Eikon data and ClipperData.

Gulf Coast refiners have had less demand for light sweet crude since January, when U.S. sanctions on Venezuelan oil exports reduced calls for blending the U.S. grade with heavy crude to get "the right quality to produce a mix of products," Zein said.