Joseph Keefe is the lead commentator of MaritimeProfessional.com.... 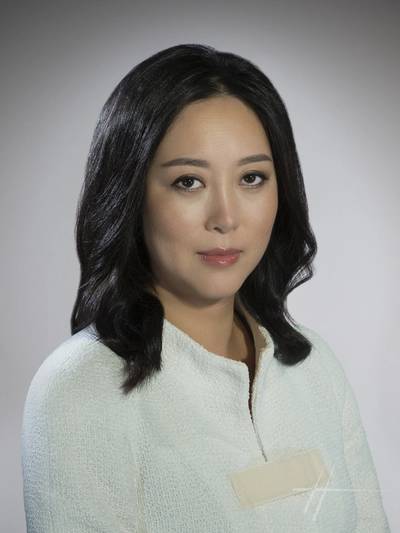 Award to be presented March 14, 2018 at the conclusion of the CMA’s Shipping 2018 Annual Conference and Exposition.
Ms. Sabrina S. M. Chao, Executive Chairman of Wah Kwong Maritime Transport Holdings Ltd. has been named as the Connecticut Maritime Association (CMA) Commodore for the year 2018.
Ms. Chao follows a long succession of influential maritime industry leaders as Commodore.  The 2018 Commodore Award will be presented on March 14, 2018 at the Gala Dinner marking the conclusion of the annual Connecticut Maritime Association conference and trade exposition, at the Hilton Hotel in Stamford, Connecticut, USA.
The Award is given each year to a person in the international maritime industry who has contributed to the growth and development of the industry.
Joe Gross, President of the CMA, upon making the announcement, stated, “The CMA is honored to present Ms. Sabrina Chao with the 2018 Commodore Award. Sabrina’s story is a personal and corporate story of commercial success and personal contribution to the health and future of the industry. Wah Kwong is of course a global brand and has been through generations, a distinction saved for only the most nimble, effective and forward looking businesses.  Her family has always contributed to the industry and local maritime community as well, a commitment to service that has continued with her recent role, through November 2017, as Chairperson at the Hong Kong Shipowners Association.  The CMA has been honored to have had the support and participation of the HKSOA over our own decades of industry participation.
The Board believes that the engagement with multiple aspects of the industry, commercial standing and generosity of time and effort on behalf of community make for the perfect Commodore. For us here on the East Coast of the U.S. the central role in and understanding of Hong Kong, the Greater Bay Area and the remarkable One Belt One Road initiative is just icing on the cake for our community.”
Ms. Sabrina Sih Ming Chao is the daughter of Mr. George Chao and granddaughter of Mr. T. Y. Chao and is the third-generation owner and Chairman of Wah Kwong Maritime Transport Holdings Limited. Ms Chao began her career in finance working for Jardine Fleming and PricewaterhouseCoopers. In 2001, she joined the shipping industry through enrolling in the Galbraith’s Shipping course in London and subsequently gained experience in various shipping sectors from working with Tanker International, Britannia P&I Club, Bureau Veritas before joining the family business in 2002.
Former CMA Commodores include: Ole Skaarup, Jacob Stolt-Nielsen, George Livanos, Phil Loree, Thomas Moran, Gregory Hadjieleftheriadis, Helmut Sohmen, Gerhard Kurz, William O’Neil, Richard du Moulin, Per Heidenreich, Marc Saverys, Frank Tsao, Stelios Haji-Ioannou, Peter Georgiopoulos, C. Sean Day, Torben Jensen, Morten Arntzen, John Fredriksen, Capt. Wei Jiafu, Philippe Louis-Dreyfus, Angeliki Frangou, Øivind Lorentzen, III, Peter Evensen, Robert Bugbee, Capt. Panagiotis Tsakos, Paddy Rodgers and in 2017 Jack Noonan.
• Bureau Veritas • C. Sean Day • CMA???s Shipping