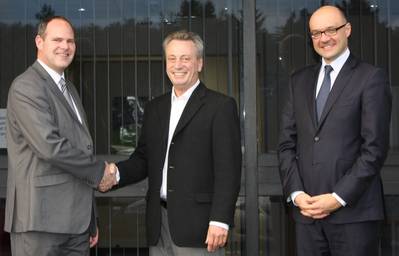 Triogen, a branch of Degremont Technologies (Suez Environment group), announce the appointment on January 1, 2014 of Tom Kelly as Managing Director.

Tom began his career in Yarrow Shipbuilders and is a qualified electrician, draughtsman and design engineer. He has a BSc and B Eng (Hons) in Electrical Engineering.

Tom joined Triogen in December 1990 as an Electrical Design Engineer and has progressed through various positions. Tom has been the Technical Director for the last four years.