United States Coast Guard service is a family legacy for Dan Keane, who today serves as the Commanding Officer of the U.S. Coast Guard Research and Development Center in New London, CT.

"My dad was in the Coast Guard (for nearly 37 years), so this is a way of life for me,” said Keane in explaining that a Coast Guard career “was just something I always knew I wanted to do … it’s a family tradition for me.”

The Coast Guard R&D center in New London is “relatively small with just over 80 people here at the RDC” said Keane, but the unit performs as if it were a much larger team premised on a broad range of teaming and partnerships both inside and out of the Department of Defense, with “about 40 projects total in our portfolio, and about 10 to 12 new projects each year.” The RDC has seven technical branches and regularly researches a broad swath of marine and related technologies, spanning the full scope from below the water’s surface to the air.

“We look for about a three-year time span for each project,” said Keane.  “And we’ve got several that span multi-missions, whether it’s C5I, IT, modeling simulation and analysis. And we also have a science technology and innovation center here that looks at more operational ready COTS and GOTS type of technology.” 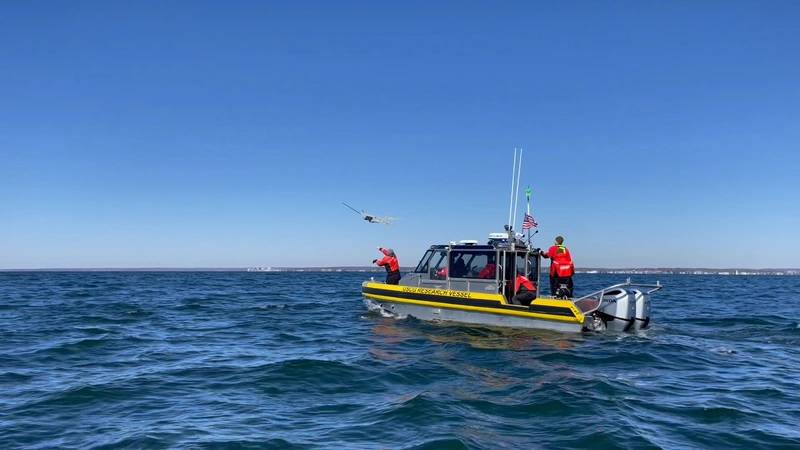 A PUMA UAS is launched from the RDC29 DOLPH. Photo USCG RDC

A Broad Platter, A Laser Focus

In recent years the Coast Guard itself has made modernization of technologies – from infrastructure to digitalization to new boats and ships – a point of focus, particularly important as the pace of technology and innovation across the maritime sector continues at speed.

“We’ve been in the process, for almost 15 years, in modernizing our fleet,” said Keane. “Many of the cutters are well past their originally intended service life … we’ve been modernizing, recapitalizing the fleet. I know there’s been a big emphasis on data infrastructure, increasing our IT systems to give our people better tools within the Coast Guard. And we’ve seen quite a few new just workplace tools roll out, modernizing our IT infrastructure. That’s going to continue in the next few years, and I think that of plays into (one of the areas of) Commandant Fagan’s workforce centric Commander’s intent.”

As is the case in other industries, enhanced digital tools mean more risk management and mitigation efforts are needed on the cyber security front, too. “We have a C5I and an IT branch that are heavily focused on cyber (security issues),” said Keane. While efforts on cyber security are always closely held information for obvious reasons, the RDC is involved in multiple layers of ongoing projects, including one recent wrapped up where RDC partners with Johns Hopkins Applied Physics Lab to develop virtual Programmable Logic Controllers (PLCs) that would take over functions (while the system could be restored) in a scenario where, for example a cutter system is hacked. 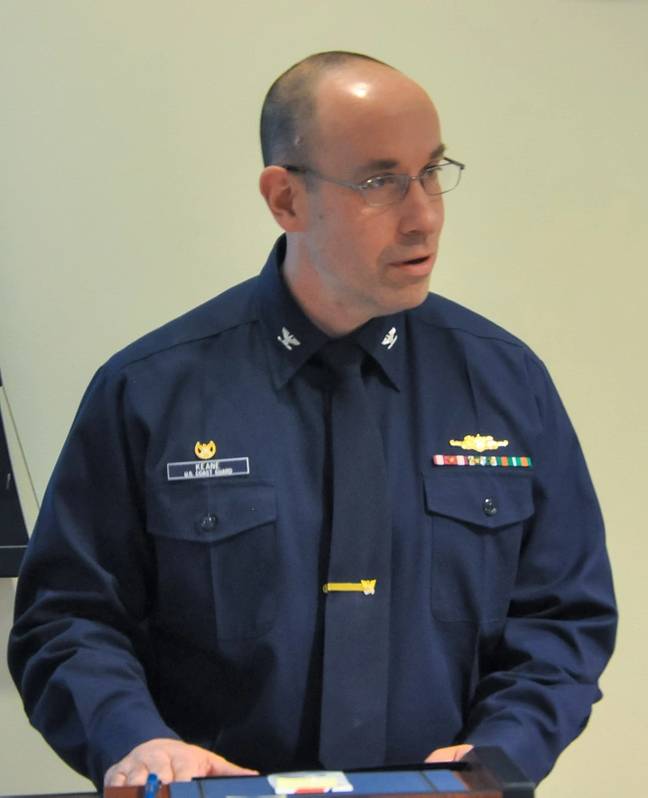 “There’s been a big emphasis on data infrastructure, increasing our IT systems to give our people better tools within the Coast Guard. And we’ve seen quite a few new just workplace tools roll out, modernizing our IT infrastructure. That’s going to continue in the next few years.”

With its full pallet of research, Keane said looking deeper into autonomous systems “the cornerstone of our research right now … almost everything feeds into making that a reality.” As is the case in the commercial maritime sector, RDC’s look into autonomy is multi-pronged, first and foremost as a force multiplier to traditional crewed assets, but also as a major step in making maritime domain awareness and action more efficient and cost effective. In fact, during the interview, one of the RDC’s autonomous boat assets was literally parked in the parking lot, an asset “used in Hawaii in 2020 that was a five-week demonstration with the intent of finding low-cost autonomous vessels or capabilities for some of our partner nations in the Pacific,” said Keane. “As part of that, we looked at a couple of commercial systems and we also procured our first autonomous vessel: our 29 RDC.”

According to Keane “we learned a ton from that project,” including how the Coast Guard may be able to look in the future to layer certain technologies for the best coverage for maritime domain awareness, “whether it is a persistent sensor type system that can stay out for quite a long time or a fast-moving autonomous vessel that can move to intercept once we detect a target.”

A particular point of pride for the RDC is that it conducts almost all of its own work. “We contract out very little of our actual research,” said Keane, calling that a key in getting two autonomous vessels to the center. “Afterwards, we were able to partner with the Navy to do some unmanned systems testing using one of their systems, and then we were able to bring that over onto our property so that we could modify the vessel as we needed.”

The RDC also has a unique UAS testing center in Cape Cod, a testing center that Keane calls “a feather in our cap. I believe it’s the only authorized maritime UAS test facility in the United States.” The testing center exemplifies a core tenant of the RDC’s success: partnership. “It’s a strong partnership between us, air station Cape Cod, the international guard and army national guard to do autonomous testing,” said Keane. “The real importance is what we’re trying to do is to get detect and avoid technology mature enough that the FAA will authorize operations of small UAS over populated areas so that we can possibly offer those to our stations and eventually get that offshore onto our cutters as well.”

While the RDC uses partnerships across the government and private sector as a de facto multiplier of its own resources and capabilities, Keane admitted that it’s work being conducted with other military branches that is one of his primary focuses since taking the Commander’s seat. “My predecessor had established a seat on the DoD Laboratory Commander Sync,” between the Army, Navy, Air Force and Coast Guard. Created via MOU, it was created to set the terms for an expanded working relationship between the service labs marked by cooperation and collaboration in a broad range of activities, especially in areas of mutual benefit. “

“He got us a seat at the table with the other lab commanders for the major research labs, and we meet quarterly to discuss potential joint projects.” Leveraging the combined R&D efforts across the DoD offers obvious benefits, led by efficiency, cost reduction and the reduction of repetitive efforts.

Tangibly, Keane said the effect has been “huge” for the RDC. “We were able to start joint Arctic comms projects, able to experiment on and develop some additional improvements in communications up at the higher latitudes. We also have some joint capability technology demonstrations that we recently partnered with the DoD to tap into some of the experimentation that’s going to be applicable on coast guard missions. It’s a huge people and budget multiplier for us.”