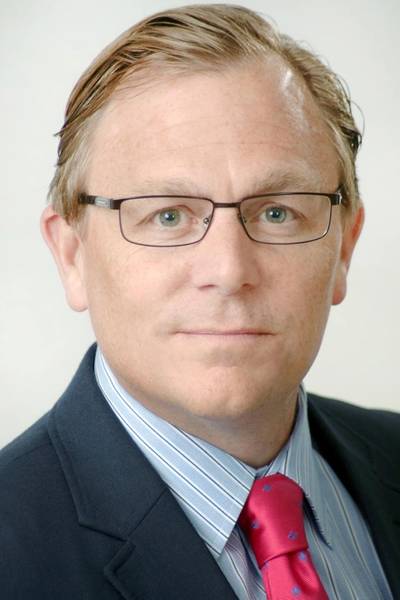 Intelsat S.A. (NYSE:I), operator of the world’s first Globalized Network, powered by its leading satellite backbone today announced the promotion of Skot Butler to President of Intelsat General Corporation, a wholly owned subsidiary that provides satellite communications solutions to military, commercial and government customers.   Mr. Butler, who will begin his new role on April 4, 2016, will continue to be based in McLean, Virginia.

In his new role, Mr. Butler will oversee Intelsat General’s strategic direction, operational plans and execution of the overall mission to provide a range of sustainable, cost-effective and secure communications solutions to government and commercial customers.  He is succeeding Kay Sears, who is leaving Intelsat General after 10 years to pursue a new professional opportunity.

Mr. Butler, who most recently served as Vice President of Satellite Networks and Space Services at Intelsat General, has held positions of increasing responsibility since joining the company in 2006. During his tenure, he led a number of initiatives that provided innovative, mission critical solutions to government and commercial customers worldwide. Prior to joining Intelsat, Mr. Butler worked at DRS Spacelink as Director of Business Development, leading strategy and solutions for the company’s satellite services business line.  He began his career in the satellite industry in 2000 with Verestar Government services where he held sales and business development roles and served as an integral member of the team that launched the company’s government services unit.  Mr. Butler is a graduate of Old Dominion University and has a Master’s Degree in Business Administration from the University of Maryland.

“Since joining Intelsat, Skot has proven himself to be a strong, strategic and decisive leader,” said, Stephen Spengler, Chief Executive Officer, Intelsat. “He has a deep understanding of the current and long-term needs of our government customers and takes great pride in the mission critical work we do on their behalf all around the world.  We look forward to Skot’s leadership as Intelsat General executes its strategies with respect to our high throughput satellite platform, Intelsat EpicNG, which begins to enter service in the second quarter of this year."

Mr. Spengler also thanked Ms. Sears for her numerous contributions during her tenure at Intelsat.

“With Kay’s guidance, Intelsat General has established a proven track record of being a trusted and valued partner to our government customers,” Mr. Spengler said. “She has been instrumental in developing a strong team of professionals who are proud of the mission critical work they do on behalf of our government customers and together, they have established Intelsat General as the leading satellite service provider for the government sector.  On behalf of all of us at Intelsat, I’d like to thank Kay for her contributions and wish her well in her next professional venture.”