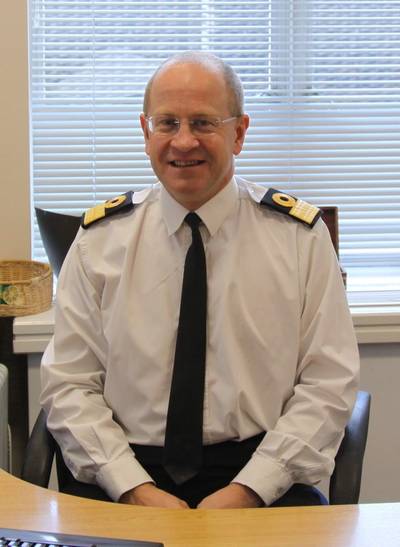 “It is perhaps feasible to predict some trends in seagoing operations, even if there are a number of potential scenarios but in other areas such as politics, the trends are very difficult to predict,” said Commodore John Newell MBE RN, Ministry of Defense, the INEC 2014 Conference Chairman. “So, the challenge before us is to design innovative engineering solutions to requirements that give us sufficient flexibility to respond to the most likely plausible scenarios.

“Navies and the international defense industry have risen to the challenge set by INEC 2014 and a truly inspiring program has been developed by the Technical Advisory Committee with speakers coming from Australia, Austria, Canada, Egypt, Germany, Greece, India, Italy, Kuwait, the Netherlands, Sweden, UK and USA. The themes of the technical program address the topics which most affect the maritime operating environment and require the best that our engineers and industry can provide whilst, of course, remaining within tight financial restraints.”

INEC 2014 is organized by the Institute of Marine Engineering, Science and Technology (IMarEST) and held in association with the Royal Netherlands Navy with BMT Defense Services as its major sponsor.

“In addition to thanking the Technical Advisory Committee, chaired by Cdre Newell for the creation of a superb program, I would like particularly to thank the Royal Netherlands Navy who, as ever, have played a significant role in INEC 2014 not only by hosting it at the Marine Establishment Amsterdam but by arranging for HNLMS Tromp, an Air-defense and Command Frigate (LCF) to be at the heart of our networking and industrial visit program,” said David Loosley, Chief Executive of IMarEST.

Conference overview
The first of those themes of which Cdre Newell speaks is ‘Effects of Trends on Defence’ and will be addressed by keynotes on the opening morning by both Vice Admiral Matthieu J M Borsboom, Commander of the Royal Netherlands Navy and Vice Admiral Simon Lister CB OBE, Chief of Materiel (Fleet), Ministry of Defense. A series of plenary presentations follow – ‘Change in RNLN technical domain’; ‘Technology transfer and industrial participation in the context of cross-border naval platform trade’; ‘Unmanned naval aviation and its impact on future carrier design’; and ‘Supporting the Royal Navy – The Surface Ship Support Alliance’.

The award consists of three prizes (first prize £5,000; second prize £2,500; third prize £1,500). The IMarEST is delighted to announce that Sir Donald Gosling has, once again, given his patronage of the Sir Donald Gosling Award to be presented at INEC 2014. Sir Donald has long been a strong supporter of the Royal Navy and his award, for authors aged 35 or under, aims to encourage involvement and attendance from younger participants from the military, industry and academia, allowing them to demonstrate a fresh and imaginative approach, together with ingenuity, in delivering a practical proposal which contributes to improved future naval operations and support.

“This year the Sir Donald Gosling Award has attracted a record number of outstanding candidates and will be presented by our Patron, Vice Admiral Sir Robert Hill KBE FREng HonFIMarEST. All are highlighted in the program,” explained Cdre Newell.

Networking
Networking plays a key role at IMarEST Events, and INEC features a Welcome Reception, held in the exhibition, and Dinner at the end of the first day at the Marine Establishment Amsterdam. The Conference Reception for INEC 2014 will be hosted by the Royal Netherlands Navy aboard HNLMS Tromp at the end of the second day of the conference, providing all participants with a unique opportunity to visit this innovative class of ship and to learn more about the role of the Royal Netherlands Navy worldwide.

HNLMS Tromp is one of four De Zeven Provinciën-class Air-defense and Command Frigates (LCF) built by Damen Schelde Naval Shipbuilding. The Frigates perform two important roles: A command role in facilitating the operations of the deployable and operational staff, and providing anti air warfare (AAW) protection for an entire fleet. The most striking characteristics are the ships’ stealth technology and high degree of automation of the ships’ systems which means that they can be operated by a ship’s company of just over 200.

Industrial visit
An unprecedented opportunity is offered on Friday, May 23 by the Royal Netherlands Navy for INEC delegates to join the crew of HNLMS Tromp to make a short journey from Amsterdam (subject to operational demands of the ship).