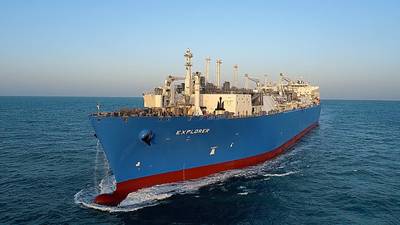 A South Korea-based company has proposed building a terminal on Australia's east coast to import liquefied natural gas, the fifth proposal for such a project in the world's No.2 LNG exporter.

The proposals have come after three new LNG export plants on the east coast have sucked gas out of the southeastern market and nearly tripled wholesale gas prices in places such as Sydney over the past two years.

EPIK, a newly-formed LNG floating storage and regasification unit (FSRU) project development company, on Wednesday said it had signed an agreement with the Port of Newcastle to do preliminary work on a proposed FSRU that it estimated would cost up to $430 million, including onshore infrastructure.

"We are confident that by importing LNG via a new, low-cost FSRU terminal, we will be able to provide an infrastructure solution that is capable of delivering a cost-efficient source of alternative gas supplies to the region," EPIK Managing Director Jee Yoon said in a statement.

Port of Newcastle, the world's largest coal export terminal, said the plan was in line with its own efforts to diversify. The port faces the long-term decline of coal exports due to the global drive to cut carbon emissions.

"Port of Newcastle is uniquely placed as a deepwater port with enviable land and channel capacity," said the port's spokesman, Sam Collyer.

EPIK's spokesman, based in Houston, declined to say where the financing for Newcastle LNG would come from.

The $400 million to $430 million cost is well above estimates for four other proposed LNG import projects - one in New South Wales, two in the state of Victoria and one in South Australia.

Those projects aim to start importing LNG around 2020 or 2021, despite a report by the Australian government's commodities forecaster in July saying the economics might not work as it might be difficult to find cheap LNG beyond 2022.

Credit Suisse analyst Saul Kavonic said there was not enough of a market for all five projects to go ahead.