Hold-harmless Clauses May Not Be So Harmless 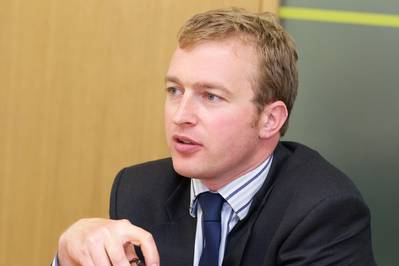 ITIC has warned that the so-called ‘hold harmless’ clauses in many of the contracts entered into by its members may contain pitfalls which could prejudice their rights.

A mutual hold-harmless indemnity clause should provide that each party to the contract agrees to take responsibility for - and to indemnify the other against - injury and loss to its own personnel and property and its own consequential losses, even if the accident and related losses are caused by negligence. But ITIC notes that, in many of the contracts it reviews, the party with the greater bargaining power will naturally seek to swing the balance back in its favour.

Writing in the latest issue of The Wire, the ITIC newsletter for the offshore and hydrographic sector, Robert Hodge, Senior Underwriter for the Offshore Sector, says, “It is staggering how often we see contracts stipulating that ‘the consultant shall indemnify the company against any and all losses’, yet there is no reciprocal benefit to the consultant. The clause must have a mutual provision.”

Meanwhile, the mutual hold-harmless clauses seen by ITIC often leave the distribution of third-party liabilities unclear. Hodge says, “A hydrographic consultant on a survey vessel, for example, should be protected from third-party claims arising from the operation of the vessel. The consultant should not be responsible for potentially multi-million-dollar pollution liabilities or collision damages to third-party property. These should fall on the party which has insurance for these liabilities.”

ITIC also warns that the distinction between indirect and direct loss can be complicated. Robert Hodge says, “A common misconception is that all ‘loss of profits’ is indirect loss. This is wrong. Loss of profits can be either direct or indirect, depending on the facts of the case. If, for example, a consultant was providing design work for sub-sea equipment and carried out the design negligently, this could cause not only damage to property but also lost drilling time, leading to lost revenue and profit. In such a case, a tribunal could find that the loss of profit arose naturally from the breach and was therefore a direct loss not excluded under the hold-harmless clause.

“Taking into account the current day rates of drill rigs, this could form a substantial part of any claim. The clause should be amended to state that loss of profits is excluded, whether direct or indirect.”

ITIC concludes that hold-harmless clauses should be carefully reviewed to ensure that they are actually mutual.