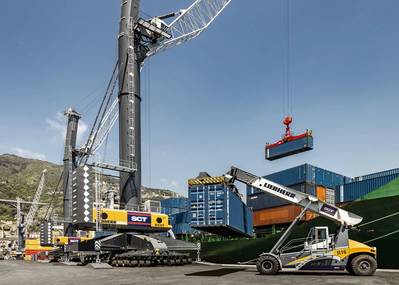 The port of Salerno in southern Italy has been an important trading center since ancient times, and Italian port terminal operator Salerno Container Terminal SPA (SCT) has been a regular customer of Liebherr Port Equipment, today operating 11 Liebherr machines, including six Liebherr reachstackers.

SCT has been active in the Port of Salerno since 1977 and in line with port terminal operators globally, SCT is continually pressed to run an efficient and environmentally clean operation, in line with demands from major shippers and evolving regulation globally and locally.

According to SCT, the LRS 545 impressed above all with its low diesel consumption and very good driving characteristics, affording SCT reachstacker drivers comfort in the cab and a good view of the load and surroundings.

After a test phase, the reachstackers convinced those in charge not only with their overall quality but also with their low diesel consumption and high driving comfort.  Gianni Di Stasi, Vessel and Yard Manager at SCT, also describes the concrete savings potential that has resulted from operating the Liebherr reachstackers. "After one week of testing we had around 40% saving in diesel consumption." 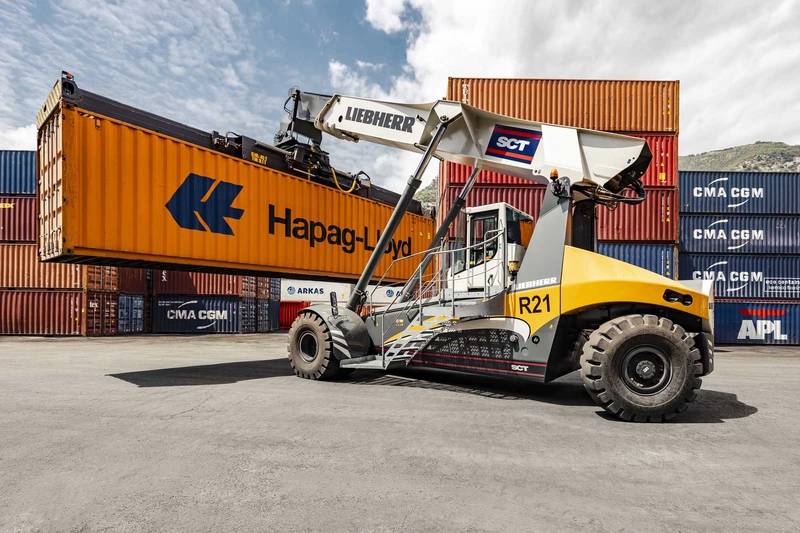 Another consideration is the hybrid character of the hydrostatic concept. The drive installed in the Liebherr reachstacker recovers the braking energy and uses it for hydraulic braking, while mechanical drives leave the applied power mostly unused. In addition, mechanical drives of competing devices have increased wear and torque loss.

In addition to low diesel consumption, the hydrostatic drive also has a major influence on the general driving comfort of the Liebherr reachstacker LRS 545. The machine's drive train is designed to react quickly to the driver without any power loss, thus ensuring very agile handling. The
individually driven wheel sets ensure excellent maneuverability and a reduced turning radius, properties that are gaining enormously in importance, especially on narrow terminals.

In addition, the cab of the LRS 545 is oil-bearing, which means that vibrations and shocks can be absorbed very well, helping to ensure a lower noise level inside the cab and prevention of driver fatigue.

In addition to the very well balanced ergonomics inside the cab, the LRS 545's main advantage is the good view to the outside. "The cab - I find it very comfortable thanks to the air conditioning and thanks to the rear view camera, which guarantees excellent visibility," said Danilo Rippa, reachstacker driver at SCT, describing the cab of the LRS 545. "The visibility is much better than with other reachstackers I drive, and gives us a better overview of the containers and the surroundings, so we can work more safely," Rippa said. 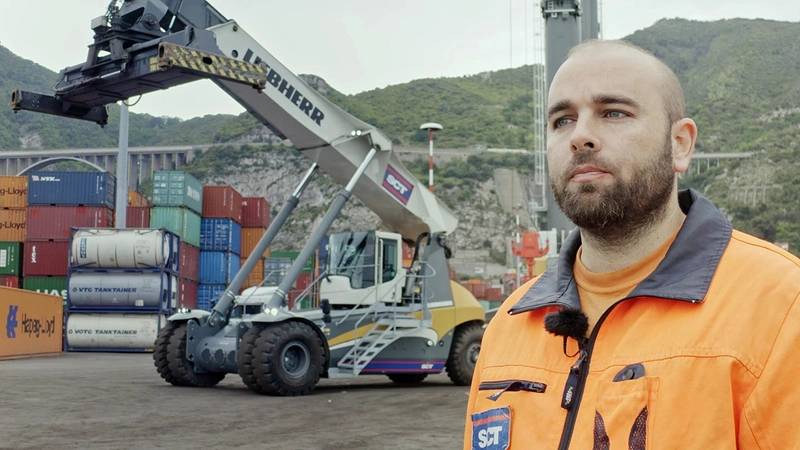