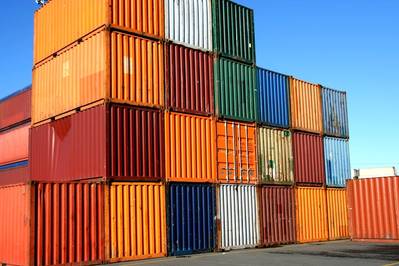 Honolulu-based Hawaii Stevedores, Inc. has received confirmation from Hawaii State Department of Transportation (HDOT) that, together with the state, Hawaii Stevedores will continue the joint development of the Kapalama Container Terminal (KCT).

The state has confirmed its commitment for Hawaii Stevedores to lease the new 84-acre, state-of-the-art KCT, which will be constructed at the former Kapalama Military Reserve Terminal at Sand Island in Honolulu, as part of the state’s $448 million harbors modernization plan.
“KCT is a shining example of a public/private investment partnership,” said George Pasha, IV, President and CEO, The Pasha Group, which owns Hawaii Stevedores. “We feel very fortunate to have the expertise and longstanding support of the harbors’ capable staff, and look forward to continuing to team with them towards the successful completion of the project.”
This project is the culmination of more than 10 years of collaboration between Horizon Lines, Inc., Hawaii Stevedores, and the HDOT. When The Pasha Group acquired Horizon Lines’ Hawaii business in 2015, including its independent subsidiary, Hawaii Stevedores, the HDOT and Hawaii Stevedores continued to work together on making the KCT project a reality.
The founding organization of Hawaii Stevedores has a long historical background of continuous operations in Hawaii since 1922, and today, employs more than 400 people.
“This project represents the single largest capital investment the harbor system has ever made, supported by a significant capital outlay by Hawaii Stevedores for infrastructure unique to its operation, including facilities and container gantry cranes,” added Pasha.
“This investment delivers critical new capability necessary to efficiently handle the state’s current needs, provide long-term infrastructure support for the state’s continued robust growth, and optimize the flow of just-in-time goods into and out of the islands. Our investment in KCT will also help support Hawaii Stevedores’ 95-year legacy in Hawaii. Hawaii Stevedores and Hawaii ILWU (International Longshore and Warehouse Union) play an integral role in in the health and vitality of Hawaii’s shipping industry. This partnership with the state will allow these vital organizations to prosper for many years to come.”
Currently Hawaii Stevedores' container terminal at Pier 51 on Sand Island and at Piers 1 and 2 are at capacity. Therefore, it is not possible to consolidate customer cargo until the construction of KCT is completed. Once the new terminal is finished, Hawaii Stevedores, which the state has designated the exclusive user of KCT, plans to consolidate its customers to its state-of-the-art terminal at KCT, allowing the state to modernize Piers 1 and 2. KCT is anticipated to launch between 2022 and 2023.
• Hawaii • Horizon Lines Inc. • International Longshore and Warehouse Union