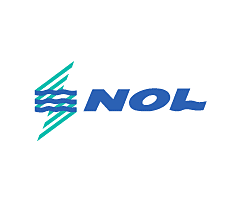 NOL Group, the Singapore-based container shipping and logistics company, today reported a first quarter 2011 net loss of US$10 million compared to a net loss of US$98 million in the same period last year.

NOL said first quarter 2011 revenue was US$2.4 billion, up 16% from a year ago. First quarter Core EBIT (Earnings Before Interest and Taxes) was US$13 million, compared to a Core EBIT loss of US$74 million in the same period last year.

“We lifted higher container volumes in the Asia-Europe and Intra-Asia trade lanes during the first quarter, and freight rates improved in the Trans-Pacific,” said APL President Eng Aik Meng. “But our emphasis must remain on operating efficiency, as well as slow-steaming our ships to conserve fuel and counteract the effect of rising fuel prices, which were 28% higher per metric ton in the first quarter of 2011 than they were in 2010.”

APL Logistics, NOL’s supply chain management business, reported first quarter revenue of US$368 million, up 24% from a year ago. Core EBIT was up 40% in the quarter to US$21 million and the Core EBIT Margin was 5.7%, compared to 5.1% in the first quarter last year. The improvements were attributed to higher volumes and recovering unit rates across Logistics’ various businesses. Contract Logistics revenue increased 23% in the first quarter and International Services revenue was up 26%.

“Our commercial performance continues to gain strength across multiple services which have been improving since the middle of last year,” said APL Logistics President Jim McAdam. “We’ve maintained a disciplined focus on cost of operations and are witnessing consistent growth in emerging markets— both in our international logistics business as well as in the contract logistics-automotive segments.”

Market conditions remain uncertain. Increased operating costs – particularly related to fuel cost increases -- and competitive pressure on rates are expected to continue for the near term. Should these conditions persist, our results will be negatively impacted. Our focus remains on operating efficiency, cost reduction and high vessel utilization.