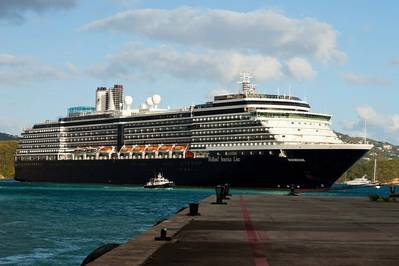 The SMS Group has completed two pieces of major interior outfit work for Holland America Line in the Caribbean and Canada.

This division is led by industry veteran Dan Lockyer. In respect to the recent wins Dan said: “We completed these first two, major projects, on time and on budget. “The Noordam refit, undertaken in the Seaspan yard in Victoria, Canada, We had over 20 men onsite, with two project managers, and completed works in 742 cabins.

“The Volendam was similar, although a slightly smaller project. The works were undertaken in Freeport, Grand Bahamas.  It featured 16 men, a project manager, and 196 suites. Both projects enjoyed several work streams.”

The interior outfit pipeline of works within the SMS Group now exceeds circa £3m ($3.85m) GBP with an even split between Cruise and Commercial tonnage.