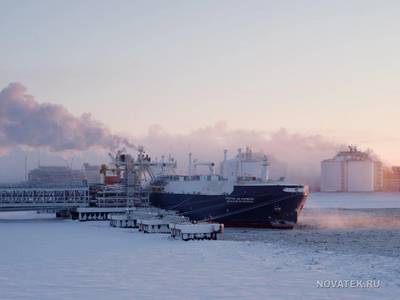 The project will have a production capacity of 19.8 million tons per year (Mt/y) and is expected to export its first LNG cargo by 2023, the second and third train to start up by 2024 and 2026.

“Arctic LNG 2 will leverage the success of the Yamal LNG project and will deliver competitive LNG to the markets in four years’ time," commented Patrick Pouyanné, Chairman and CEO of Total. “Arctic LNG 2 adds to our growing portfolio of competitive LNG developments based on giant low cost resources primarily intended for the fast growing Asian markets.”

The project has very low upstream costs with the development of the giant resources from the Utrenneye onshore gas and condensate field. The installation of three concrete gravity-based structures in the Gulf of Ob on each of which will be located a 6.6 Mt/y liquefaction train will contribute to significant capex reduction (more than 30% per ton of LNG) compared to Yamal LNG. Also, the close proximity to Yamal LNG will allow Arctic LNG 2 to leverage synergies with existing infrastructure and logistics facilities.

The LNG plant will consist of three (3) liquefaction trains with overall production capacity of 19.8 million tons per annum. The launch of LNG train #1 is scheduled for 2023, with LNG trains #2 and #3 to be launched in 2024 and 2026, respectively.

A consortium of TechnipFMC, Saipem and NIPIGAS (Russia) was awarded the contract on engineering, procurement and construction of the LNG plant (EPC contract), with the design and construction of gravity-based structures to be built by the Russian company SAREN, a joint venture of RHI Russia and Saipem.

As of today, more than 90% of long-lead items (including cryogenic heat exchangers, gas turbines, and the compressors for the liquefaction trains) have been ordered. Drilling of production wells, construction of roads and the field’s production infrastructure have been commenced.