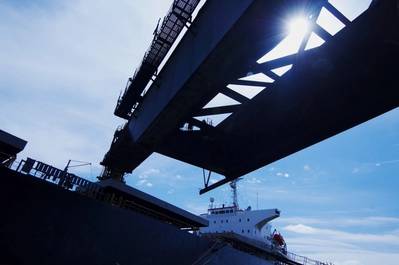 Glencore boss Ivan Glasenberg is to step down next year and Gary Nagle, head of coal assets at the mining and trading group, will become the new CEO.

Glasenberg's departure will mark a shift to a new, younger leadership for the business, which, along with other mining companies, has faced increasing pressure from investors to cut carbon emissions.

Glasenberg, 63, has been chief executive since 2002 and investors have been expecting a succession plan after several senior members of management retired in the last few years.

He said his goal during his 18-year tenure as CEO was to transform the group by shifting the main focus from its trading arm to build up its mining business.

Glasenberg, speaking to reporters on a call, said Nagle would be facing questions about when to "pull the trigger" on brownfield assets and decide on the company's direction on coal.

"I hope will be better than me - I still own a large part of the company and intend owning that for the future," he said, adding that Nagle would maintain the company's culture.

Nagle, a 45-year old South African, has held senior roles in coal and ferroalloys in Colombia, South Africa and Australia.

Glasenberg said he would work closely over the next six months with Nagle, who started with him in the company's coal division 21 years ago. The two men also both studied accounting at the University of Witwatersrand in Johannesburg.

He said Glencore narrowed the CEO search down to three company insiders earlier this year. Others in the running were head of nickel trading Kenny Ives and Nico Paraskevas, who runs copper marketing.

A former Glencore executive said: "Gary is very much an Ivan clone. If you wanted to put a bet on one of the three I would have bet on him."

George Cheveley, portfolio manager at asset manager Ninety One said: "Gary has been favored for years. Anything else would have been frankly surprising."

Glencore also announced plans to reach net-zero emissions by 2050 by reducing its direct and indirect carbon footprint by 40% by 2035 compared with last year's levels, which would make them aligned with the Paris agreement on climate change.

The group said it would focus on investing in metals that were vital for the transition to a lower carbon world such as cobalt, nickel and copper.

Glasenberg kept the door open for a possible future spin-off of the company's coal assets under the next CEO.

"We take the view we are the better custodian [of coal]... but if shareholders believe it is a better route to sell it off or spin it out or create a pure coal company, I'm sure Gary would follow that path."

Elsewhere in the industry, BHP and Rio Tinto have also targeted net zero emissions by 2050 while Anglo American's goal is 2040.

Glencore's coal assets account for 5% of revenue and 10% of core earnings or EBITDA. The miner remains the world's largest coal exporter.

Shares in Glencore jumped 3% to their highest since February, making them the strongest performer in an index of its London peers