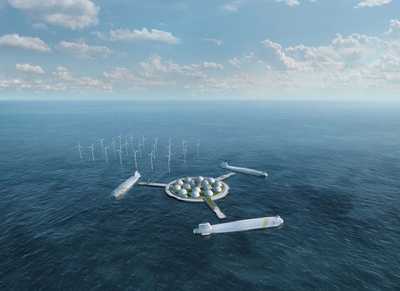 The One Sea ecosystem aims to enable autonomous maritime transport by 2025 Photo: Wärtsilä

One Sea, the alliance that brings together leading exponents of autonomous ship technology, has secured new funding to support its role as business ecosystem, at the same time adding Shipbrokers Finland as a new partner.

An injection of public funds via Business Finland will contribute to the ecosystem’s work for the next three years, as technology partners push forward with further sea trials and One Sea rolls out a far-reaching autonomous shipping standards initiative.

The One Sea ecosystem aims to enable autonomous maritime transport by 2025, but an array of new technologies and standards are on the horizon as momentum builds to exploit the potential of greater connectivity and digitalization. While some technologies will take hold, others will become historical footnotes.

“Digital technologies could transform every aspect of shipping and maritime logistics, but these benefits will only be realized through strong cooperation. One Sea was established expressly to facilitate such strategic collaboration,” emphasizes Sari Turkkila, Executive Director of new joiner Shipbrokers Finland.

The alliance already incorporates a clutch of high-profile companies working on autonomous solutions and technologies, with members including ABB, Cargotec, Ericsson, Finnpilot Pilotage, Rolls-Royce Marine, Tieto and Wärtsilä. The Finnish government has strongly supported the development of autonomous shipping through both domestic legislation and international advocacy.

“As the logistics chain becomes more efficient, all Finnish export companies will benefit – and all of Finland will benefit,” says Turkkila. “As we searched for a partner on this critical issue for the maritime industry, it became clear that no single company or organization had the breadth to capture all of the benefits on offer. With One Sea representing the key players in field, DIMECC is the ideal platform for us.”

Shipbrokers Finland represents more than 40 Finnish companies operating in ports and promoting foreign trade. One of its core aims is to find smarter ways of working that are favorable to Finland's foreign trade.