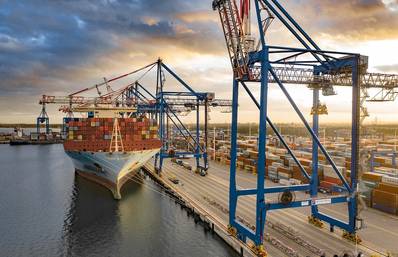 The Port of Gdansk has overtaken Russia’s Port of Primorsk to become the third-busiest port for cargo shipments in the Baltic Sea.

Figures show the port handled a total of 4.6 million tons of cargo in January 2021, up 8.8% year-on-year, moving the Port of Gdansk Authority into third place on the Baltic Sea podium.

Adam Kłos, Commercial Director of Port of Gdansk Authority, said, “The rise of the Port of Gdansk Authority to third place not only proves the great flexibility of our port and, consequently, of our operators, but it also shows its universal character in the context of other ports in the Baltic Sea region. The global pandemic has affected the entire maritime industry. It has also been an important test for Polish ports, one which we managed to pass.”

The Russian ports of Ust Luga, St. Petersburg and Primorsk have consistently remained at the top of the Baltic podium for at least the last decade, dominating the Baltic Sea in terms of cargo handling. However, the Port of Gdansk is one of Europe’s fastest growing ports and recently broke into the top 20 biggest ports in Europe for the first time. It handled more than 48 million tons of cargo in 2020, performing strongly despite the impact of the COVID-19 pandemic and the resulting global slowdown. Its share of total Polish maritime cargo exchange reached 46.2% last year, the highest of all Polish ports. 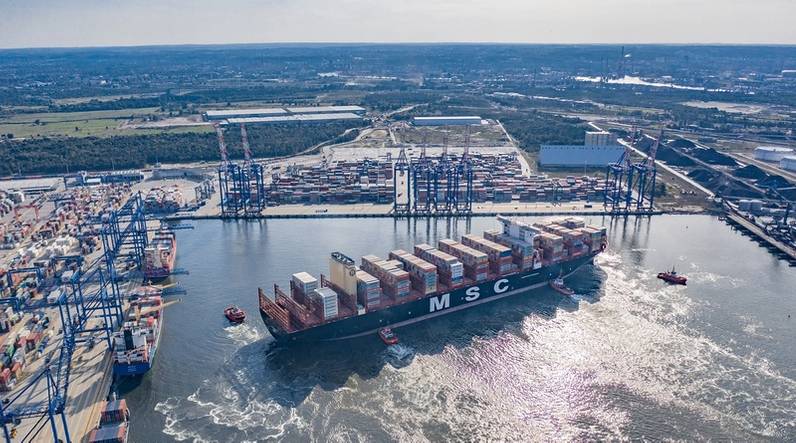 Łukasz Greinke, CEO of the Port of Gdansk Authority, said, “It is definitely a good start to the year. The credit for this goes to the hard work of our operators. We are thoroughly impressed with their dedication.

“Our goal is to continually strengthen our position in the Baltic Sea. Thanks to our investments and clear directions, our contractors see an increase in their cargo handling capacity, while the Port of Gdansk Authority S.A. grows in strength. We are already a port without limits. This is due to a deep-water fairway, thanks to which the External Port can accommodate the largest vessels with draughts of up to 15 meters; the absence of tides, giving a constant water depth; and the lack of ice, which enables year-round operation. In addition we are nearing completion of our key investments on both land and water. Real improvements in terms of infrastructure in the Inner Harbor will be visible from the middle of this year, when all the quays will be upgraded and the fairway deepened to 12 meters. Operators will be able to use the new infrastructure, which will constitute yet another opportunity for them to increase their handling capacity.”

In December 2020, the Port of Gdansk and the Ukrainian Sea Ports Authority signed a letter of intent to open up a new alternative transport corridor between the Black Sea and the Baltic. The agreement covers the shipping of container cargo by rail between Gdansk and primarily Odessa, Ukraine’s biggest port. The initial aim is to run a weekly train service between Gdansk and Ukraine, as well as a separate service departing weekly from Ukrainian ports to Gdansk.

In January the Port of Gdansk reported that key projects within the largest investment program in its history, covering €1.3 billion of infrastructure investments, will be completed in 2021. The improvements, which cover 40 projects, include the €163million extension and modernization of the road and rail network at the Outer Port. In total this will see 7.2 km of roads, 10 kilometers of new rail tracks and seven engineering structures built or rebuilt making it much more efficient for rail, car and truck traffic to reach the terminals.

Greinke described the investment program as ‘a giant leap forward’ for the port as it seeks to establish its position as the pre-eminent Baltic port with access to a hinterland and foreland of 120 million people reaching across Poland, the Czech Republic, Slovakia, Hungary, Ukraine, Belarus and Scandinavia. The port is aiming to grow cargo handling capacity to more than 60million tonnes within five years. 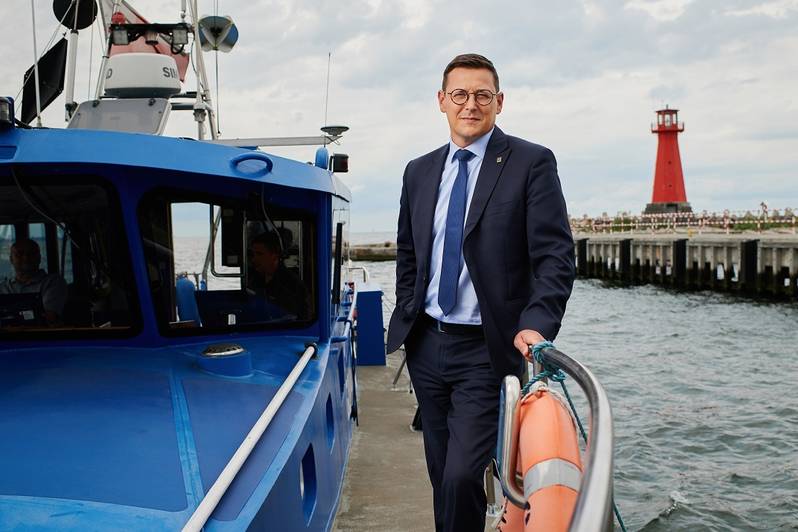 The Port of Gdansk is a major international transportation hub situated in the central part of the southern Baltic coast, which ranks among Europe’s fastest growing regions. According to the strategy of European Union the Port of Gdansk plays a significant role as a key link in the Trans-European Transport Corridor No. 1 connecting the Nordic countries with Southern and Eastern Europe. The Port of Gdansk is comprised of two principal sections with naturally diverse operational parameters: the inner port stretched along the Dead Vistula and the port canal, and the outer port affording direct access to the Gulf of Gdansk. The inner port offers a comprehensive range of terminals and facilities designed to handling containerized cargo, passenger ferries and Ro-Ro vessels, passenger cars and citrus fruit, sulphur, phosphorites and other bulk. The other quays fitted with versatile equipment and infrastructure are universal in use and enable the handling of conventional general as well as bulk cargo such as rolled steel products, oversize and heavy lifts, grain, artificial fertilizers, ore and coal. The outer port performs its operations on piers, quays and cargo handling jetties situated immediately on the waters of the Gulf of Gdansk. This section of the port offers state-of-the-art facilities suited to handling energy raw materials such as liquid fuels, coal and liquefied gas. The outer port also accommodates modern Deepwater Container Terminal.