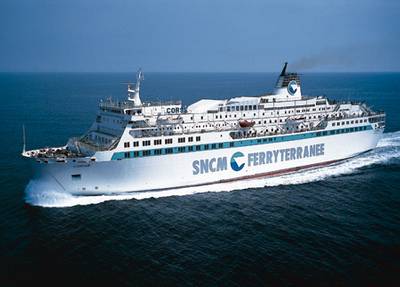 SNCM, owned 66 percent by transport group Transdev, has racked up losses as low-cost competitors have eaten away its market share and is fast running out of funds.

Transdev - itself a joint venture between water and waste firm Veolia and French state bank CDC - has said it will not put more money into SNCM and that court protection from creditors is the only way to shield the ferry operator from two separate state aid repayment claims totalling 440 million euros.

SNCM received part of the aid during its privatisation in 2006, and got European Commission approval for it at the time.

However, in 2012 the EU Court of Justice's (ECJ) first-level General Court ordered it to repay 220 million euros following a complaint by competitor Corsica Ferries.

Rejecting an appeal by the French government, the court said in a statement on Thursday that the French state, when giving various forms of financial aid to the firm, had not acted in the way a private investor would have in similar circumstances and that the European Commission had been wrong to approve the aid package.

A court official told Reuters that EU antitrust authorities would now monitor whether SNCM repays the state aid and possibly start new legal action to enforce the ruling, a process that could take months or even years.

The firm's unions have called on the government to keep the company afloat.

"We still expect from France and the government that SNCM's rights are defended with a long-term perspective and that they go to the end of all appeal procedures," CGC union leader Maurice Perrin said.

SNCM, which employs about 2,600 people, has a second state-aid repayment claim - which it is also appealing - hanging over it, relating to aid given in the 2007-2013 period.

Veolia has long said the only way to protect SNCM from the claims is to put it under Chapter 11-style court protection from its creditors and continue the viable part of the business under a new legal structure, with new shareholders and with part of the company's staff and assets.

The French state, which owns a direct 25 percent stake in SNCM besides its indirect stake via CDC, came round to this view in July, but has promised the unions not to seek court protection before the end of October.

Experts say court protection is the most likely outcome and even an ECJ ruling in favour of SNCM would not have changed that as the firm is likely to run out of cash long before any of the court procedures reach their conclusion.

Transdev's efforts to find a buyer have foundered as prospective buyers - which included Norway's Siem Shipping and Mexico's Baja Ferries - wanted guarantees that they would not become liable to repay the aid, which its shareholders cannot give.

The long-running SNCM crisis has stopped Veolia from selling part of its Transdev stake to CDC, as the state bank does not want to take over majority control of Transdev as long as it owns the troubled ferry operator, whose unions have launched several strike actions in the last few years.