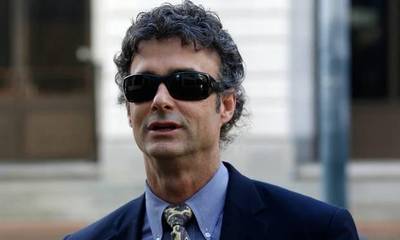 “Today a jury in New Orleans found that Kurt Mix purposefully obstructed the efforts of law enforcement during the investigation of the largest environmental disaster in U.S. history,” said Acting Assistant Attorney General Raman.   “This prosecution shows the commitment of the Justice Department to hold accountable those who attempt to interfere with the administration of justice.  I want to thank the committed prosecutors and agents who have worked tirelessly over so many years on the Deepwater Horizon Task Force for their dedication and tenacity.”

According to court documents and evidence at trial, on April 20, 2010, the Deepwater Horizon rig experienced an uncontrolled blowout and related explosions while closing the Macondo well.  The catastrophe killed 11 men on board and resulted in the largest environmental disaster in U.S. history.

Mix was a drilling and completions project engineer for BP.  Following the blowout, Mix worked on internal BP efforts to estimate the amount of oil leaking from the well and was involved in various efforts to stop the leak.  Those efforts included Top Kill, the failed BP effort to pump heavy mud into the blown-out wellhead to try to stop the oil flow.  BP sent numerous notices to Mix requiring him to retain all information concerning Macondo, including his text messages.

On or about Oct. 4, 2010, after Mix learned that his electronic files were to be collected by a vendor working for BP’s lawyers, Mix deleted on his iPhone a text string containing more than 300 text messages with his BP supervisor.  The deleted messages included a text sent on the evening of May 26, 2010, at the end of the first day of Top Kill.  In the text, Mix stated, among other things, “Too much flowrate – over 15,000.”  Before Top Kill commenced, Mix and other engineers had concluded internally that Top Kill was unlikely to succeed if the flow rate was greater than 15,000 barrels of oil per day (BOPD).  At the time, BP’s public estimate of the flow rate was 5,000 BOPD – three times lower than the minimum flow rate indicated in Mix’s text.

By the time Mix deleted these texts, he had received numerous legal hold notices requiring him to preserve such data and had been put on notice of the Department of Justice’s criminal investigation of the Deepwater Horizon disaster.

The Deepwater Horizon Task Force, based in New Orleans, is supervised by Acting Assistant Attorney General Raman and led by William Pericak, a deputy chief in the Criminal Division’s Fraud Section who serves as the director of the task force.  The task force includes prosecutors from the Criminal Division and the Environment and Natural Resources Division of the Department of Justice, the U.S. Attorney’s Office for the Eastern District of Louisiana and other U.S. Attorney’s Offices, and investigating agents from the FBI, Environmental Protection Agency, Department of Interior, U.S. Coast Guard, U.S. Fish and Wildlife Service and other federal law enforcement agencies.  The task force’s investigation of this and other matters concerning the Deepwater Horizon disaster is ongoing.