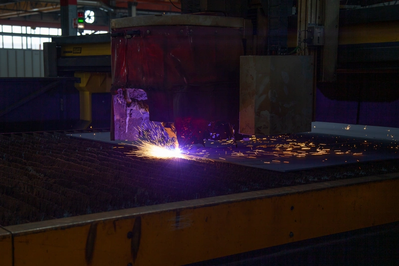 The first steel cutting ceremony was held for the first of two LNG-powered ships for the cruise ship operator TUI Cruises.

Shipbuilder Fincantieri said Wednesday that the construction start-up ceremony had taken place in the presence of Wybcke Meier, CEO of TUI, and Luigi Matarazzo, General Manager Merchant Ship Division of Fincantieri, in San Giorgio di Nogaro (Udine) at Centro Servizi Navali, a company specialized in logistics and production of sheet metal for the Fincantieri yards located in northeastern Italy. The new cruise ships will be built at Fincantieri's Monfalcone shipyard and delivered in 2024 and in 2026, respectively.

The cruise ships, weighing around 160,000 gross tons, will be able powered by LNG, but Fincantieri is also looking at the possibility to make them operate in the future with low-emission biofuels. The vessels will be equipped with improved catalytic converters (compliant with the Euro 6 standard) and a shore power connection.

Shore power, according to the shipbuilder, ensures almost emission-free ship operation while in port (about 40 percent of operating time). The ships will also be equipped with a waste treatment system that can "shred organic waste by means of thermal treatment." 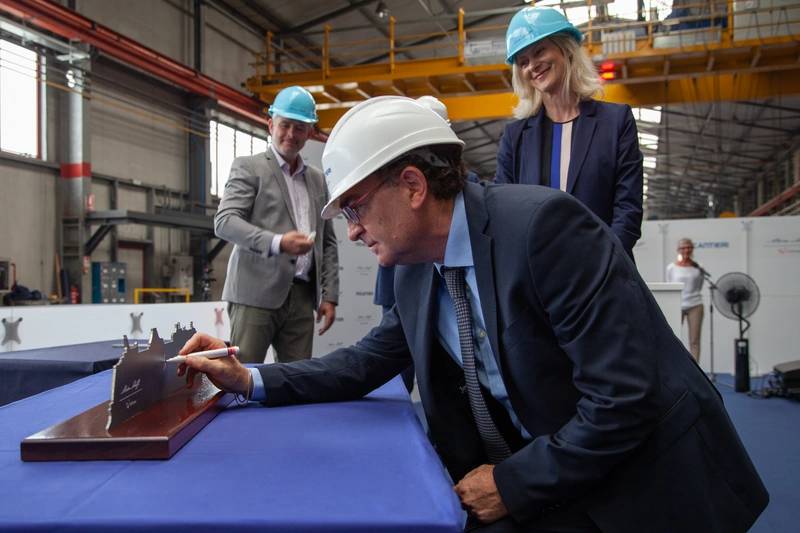