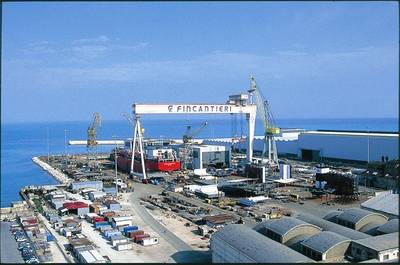 Italy's Fincantieri said on Tuesday it had filed a request to list its shares on the Milan bourse, as state lender Cassa Depositi e Prestiti (CDP) moves to offer private investors a minority stake in the ship building company.

The disposal of Fincantieri - wholly owned by CDP, which in turn is controlled by Italy's treasury - is part of a new wave of privatisations the Rome government announced at the end of last year.