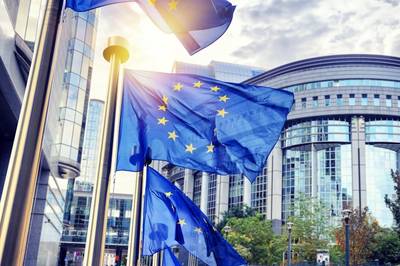 Fincantieri risks an EU antitrust veto against its bid for Chantiers de l'Atlantique because of the difficulty of addressing regulators' concerns, people familiar with the matter said, in what would be a setback to Italy's industrial ambitions.

Italy sees the deal by Europe's largest shipyard as an opportunity to create a European industrial champion in the shipbuilding industry to stave off competition from Asia and other regions.

EU antitrust enforcers however are concerned that the deal between two global leaders in an already concentrated and capacity-constrained market could push up prices for cruise ships.

The company has until this week to offer concessions to address EU competition worries, the people said. Antitrust enforcers typically prefer asset sales or transfer of key technologies to rivals so they can better compete with the merged company.

However, it is not clear what assets or technologies Fincantieri could sell or who a prospective buyer could be, the people said.

Fincantieri is hoping the impact of the coronavirus outbreak, which has affected hundreds of companies around the world and prompted Italy to impose an unprecedented, nationwide lockdown, may soften the European Commission's tough line.

"While waiting to receive official documents, the company is confident that the European Commission - in a moment in which we are heading towards an epochal economic crisis whose effects are still unknown, will take decisions that will allow the industries to better tackle these effects in order to reduce the impact which the crisis could have on employment," a source close to the company told Reuters.

The Commission, which is scheduled to decide on the deal by April 17, and Fincantieri declined to comment.

(Reuters reporting by Foo Yun Chee in Brussels and Elisa Anzolin in Milan; Editing by Leslie Adler and Lisa Shumaker)