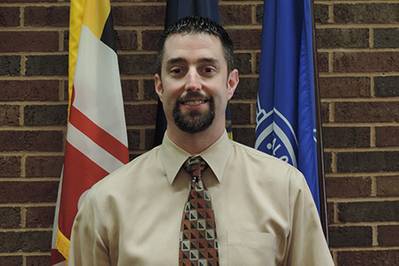 On behalf of the MM&P MATES Program, The Maritime Institute of Technology and Graduate Studies (MITAGS) and Maritime Conference Center (MCC) announce the appointment of Eric Friend as the new executive director.

“The trustees’ decision to select Friend as the next executive director has made the transition much easier. Friend has been running the Academic Division for several years, and has been involved in most major decisions,” said Glen Paine, former executive director, now retired. “Eric is smart, dedicated, and respected by the trustees, students, and industry. He has all the attributes to take the school to the next level.”

With young aspirations of originally wanting to fly and aiming to seek a flight billet from the U.S. Merchant Marine Academy (USMMA), Friend’s ambitions quickly changed after spending his cadet time at sea on International Organization of Masters, Mates and Pilots (MM&P) vessels. Every vessel he sailed was an MM&P ship. The officers aboard were incredible mentors thus deepening his love for the maritime industry.

After graduating from USMMA in 1998, he became a sailing member of the MM&P, experiencing MITAGS’ training as a student, the same year when Glen Paine took the helm.

Friend witnessed firsthand the improvements made under Glen’s leadership, and in 2003, he became a MITAGS instructor. For several years, he taught a variety of subjects including Officer in Charge of a Navigational Watch and several maritime safety courses. In 2007, under the mentorship of Walt Megonigal, Friend began a succession plan and in 2008 became the director of MITAGS Academic.

Friend also simultaneously spent time in the Navy Reserves from 1998 to 2009. His last unit was with an Inshore Boat Unit with one of his duties being the officer in charge of training. Later, he earned his Masters of Management with a concentration in Organizational Leadership from the American Military University. He holds a Masters License (1600 ton) and a Second Mate license (any Gross Tons Upon Oceans).

As the new executive director, Friend intends to continue to cultivate and grow the relationships and deepen the level of trust that MM&P members and other MITAGS-MCC clients have now, taking care of all their training and business needs.

“We remain steadfast as ever to our mission and vision, evolving with the ever-changing world around us,” Friend said. “I’m looking forward to carrying on Glen’s legacy, and leading an amazing team of people, while continuing to advance MITAGS-MCC as the thought-leaders in their respective industries.”

MM&P president and plans chairman captain Don Marcus stated, “Eric has a challenging mission carrying on the outstanding achievements of Glen Paine. The trustees of the MATES program have no doubt that Eric has the ability and personal commitment necessary, not only to keep our flagship propelling forward, but to further enhance its position as the premier training facility in the industry.”