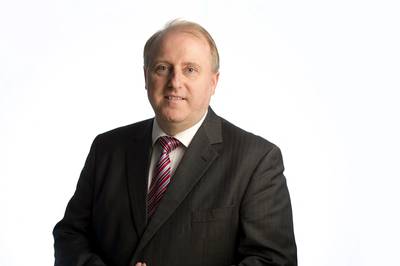 In the early hours of Saturday 9th August 2014, the radar of a product tanker transiting south, 200 nautical miles off the Nigerian shoreline detected a probable pirate mother ship lying in wait close to its track.

Shortly after detecting the vessel, the crew was engaged by several bursts of automatic gunfire from up to three pirate boats. The pirates then made an unsuccessful attempt at boarding the vessel from the stern. Dryad Maritime warn that the range at which this attack took place, some 200 nautical miles offshore, and the tactics employed are more commonly associated with Somali piracy methods than those seen in the Gulf of Guinea.

Ian Millen, Chief Operating Officer, Dryad Maritime; “The attempted boarding of a vessel underway, especially at night and this far out in open seas, is a tactic more usually associated with highly motivated Somali pirates, and only then on a small number of occasions. Whilst we have seen similar attacks on vessels off the Niger Delta up to 160 nautical miles out, these have been crew kidnap incidents.  It is unusual to see an attempted hijack of an underway tanker at such ranges from the shore and the numbers of craft involved suggest that this was an attempt at cargo theft.  This could be a real game changer for this specific type of crime if repeated; one that would match the strategic shock earlier in the year when a tanker, MT Kerala, was snatched from an anchorage off Angola”.

As a result of the attack, Dryad Maritime have issued an immediate advisory to ship operators transiting the area. Dryad’s team of analysts predict that the incident could signal a step change in terms of both pirate capability and tactics and a development that regional forces would be unlikely to be able to deal with.

“It would be easy to characterise this event as just another statistic in the story of Gulf of Guinea maritime crime, but to do so would be missing one very significant point – the open ocean nature of what looks like an intelligence-led operation. The victim vessel was in transit between a Gulf of Guinea port and a destination further south. If the departure and destination ports were known, and the mother ship had a suitable equipment fit, it is possible that the pirates could sit along the likely route and intercept the vessel whilst underway.  With the amount of data shared on maritime movements, it is even conceivable that the ship’s passage plan could have fallen into the wrong hands, making this an even simpler criminal mission,” added Ian.

On this occasion, the vessel was both well prepared and alert and implemented anti-piracy drills; both ship and crew are reported as safe, however the whereabouts of the criminals, skiffs and mother ship are still unknown.