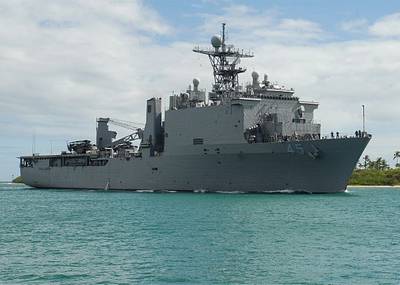 General Dynamics NASSCO received funding to begin modifications to USS Comstock (LSD 45) in April 2012 and began performing onboard renovation and modernization activities in May.  Work under this new award, which covers inspection and testing of ship systems and components, will occur in San Diego through May 2013.

"This contract award highlights NASSCO's ship-repair capabilities as a premier provider of maintenance services to the U.S. Navy," said Fred Harris, president of General Dynamics NASSCO.  "NASSCO is committed to delivering the same high-quality performance across the board, in new construction as well as ship repair activities, in San Diego, Norfolk and Portsmouth, Va., and Mayport, Fla."