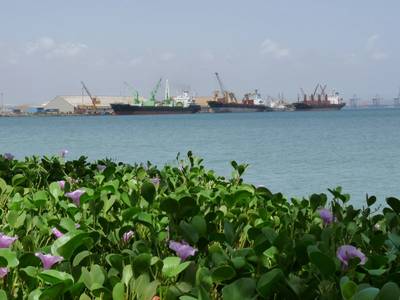 Djibouti announced at the United Nations Monday its readiness to facilitate crew change operations for any ships passing through the Bab el Mandeb strait, with the necessary support provided by the Djibouti Ports and Free Zones Authority (DPFZA).

The East African country is responding to a joint statement from the UN’s International Maritime Organization (IMO) and UN Conference on Trade and Development (UNCTAD) to support crew changes and ensure that maritime personnel can return home safely when the time comes to do so.

Travel restrictions imposed by many nations due to COVID-19 have meant that crew changes have been delayed, leaving thousands of seafarers stuck at sea. It is estimated that starting in mid-June 2020 as many as 300,000 seafarers a month will require international flights to enable ships’ crew changeover and 70,000 cruise ship staff are waiting for their repatriation.

IMO Secretary-General Kitack Lim said some seafarers have been marooned at sea for 15 months, over the 11 month maximum laid out in a maritime labor convention, which he described as a “humanitarian crisis”.

DPFZA voiced its desire to help ensure that word trade continues to flow and said it is committed to being part of the global solution to support seafarers.

The agency also called on other countries to take similar steps to facilitate coordinated support for seafarers around the world and urged ship-owners to support the effort by availing air repatriation solutions for maritime personnel.