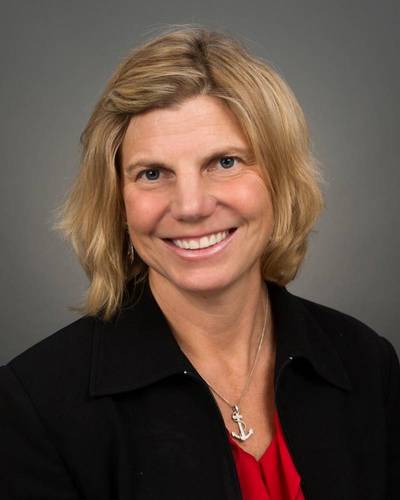 While inclusion with the International Association of Top Professionals is an honor in itself, only a few members in each discipline are chosen for this distinction. These special honorees are distinguished based on their professional accomplishments, academic achievements, leadership abilities, longevity in the field, other affiliations and contributions to their communities.  All honorees are invited to attend the IAOTP’s annual award gala at the end of this year for a night to honor their achievements.
With over a decade of professional experience in the Maritime-based Trade, Transportation and Infrastructure Industry, Decas has certainly proven herself as an accomplished professional and expert in the field. As a dynamic, results-driven leader, she has demonstrated success not only with the Port of Hueneme but with every position she has ever held.  Since beginning her tenure with the Port of Hueneme in February 2012, the Port has seen Tonnage totals have grown every year since Decas arrived from 1.3 million tons for FY 2012 to over 1.575 million metric tons in 2015 marking the Port’s strongest sustained trade years since its inception in 1937. Decas led the first annual Port Banana Festival which drew over 10,000 visitors to the Port.  Port of Hueneme related activities generate $1.5 billion in annual economic impact and created more than 13,633 direct, indirect, induced and influenced jobs.
Decas' prior role before serving the Port of Hueneme, she served as CEO and Port Director for the Port of New Bedford, MA, the nation’s number one value fishing port.  When she obtained this position in 2007, Decas inherited a $200,000 deficit and she impressively cleaned up not only the financial problems but the physical landscape of the Port as well.  Decas generated a healthy profit for the Port and also played as a key asset in developing a new terminal to support commerce and offshore wind energy projects.  Under her leadership the Port of New Bedford realized significant growth in cruise and recreational boating activity.
Decas graduated with her Bachelor’s Degree in Economics from the University of Vermont in 1991 and with her Masters Degree in Environmental Policy and Law from the University of Denver in 1997.
Throughout her illustrious career, Decas has received many awards and accolades and has been recognized worldwide for her outstanding leadership and commitment to the industry.   For 2018 she is being considered for the “Female Visionary of the Year Award” and the “Top Female Executive Award” by the International Association of Top Professionals.  For 2017, she was selected as Top Port Director of the Year by IAOTP.  She was recognized by the Trade Administration officials for her impressive work in promoting economic development through international trade promotion, and for her service on scores of federal level shipping and port committees.  She was awarded a high profile appointment by the U.S.
Department of Transportation to both the National Freight Advisory Committee (NFAC) and the U. S. Marine Transportation System National Advisory Council (MTSNAC). Decas was elected by the board of directors of the American Association of Port Authorities AAPA, a trade association representing more than 130 public port authorities in the US, Canada, the Caribbean and Latin America, as the association’s Chair for 2014-2015.  Decas  was the first woman to run both the Port of New Bedford in its 50 year history and the Port of Hueneme in its 75 year history.  She is also the 4th woman to chair the AAPA in its 103 years.
Looking back, Decas attributes her success to her training, her perseverance, mentors she has had along the way, and her passion for what she does.  When she is not working she enjoys spending time with her husband and two daughters. For the future, she will continue to grow as a professional and continue to strive for excellence in whatever position she is in.
The International Association of Top Professionals (IAOTP) is an international boutique networking organization who handpicks the world’s finest, most prestigious top professionals from different industries.  These top professionals are given an opportunity to collaborate, share their ideas, be keynote speakers and to help influence others in their fields. This organization is not a membership that anyone can join.  You have to be asked by the President or be nominated by a distinguished honorary member after a brief interview.
• Canada • Caribbean • Department of Transportation