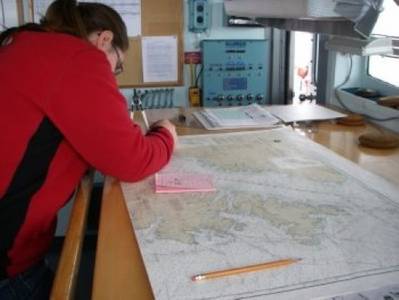 NOAA’s Office of Coast Survey has announced major changes ahead for mariners and others who use nautical charts. Starting April 13, 2014, the federal government will no longer print traditional lithographic (paper) nautical charts .  NOAA will continue to provide other forms of nautical charts, including Print-on-Demand paper charts as well as electronic and digital formats.

Since 1862, those lithographic nautical charts -- available in marine shops and other stores -- have been printed by the U.S. government and sold to the public by commercial vendors. The decision to stop production is based on several factors: the declining demand for lithographic charts, the increasing use of digital and electronic charts, and federal budget realities.

“Like most other mariners, I grew up on NOAA lithographic charts and have used them for years,” said Rear Admiral Gerd Glang, director of NOAA’s Office of Coast Survey. “We know that changing chart formats and availability will be a difficult change for some mariners who love their traditional paper charts.”

“With the end of traditional paper charts, our primary concern continues to be making sure that boaters, fishing vessels, and commercial mariners have access to the most accurate, up-to-date nautical chart in a format that works well for them,” said Capt. Shep Smith, chief of Coast Survey’s Marine Chart Division. “Fortunately, advancements in computing and mobile technologies give us many more options than was possible years ago.”