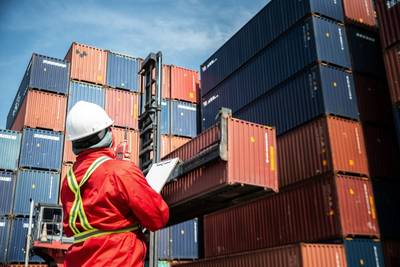 A dead monkey was found in a shipping container in Whāngārei, New Zealand this month.

A staff member at BBS Timbers discovered the dehydrated monkey body squeezed between sawn timber packs upon opening the fumigated container, which had arrived from Guyana.

The facility alerted Biosecurity New Zealand, which advised how to remove the monkey. A biosecurity officer followed up with an inspection and picked up the body for disposal.

The monkey body was in a poor condition. The species has not been identified.

"You can't ask for anything more than that when it comes to protecting New Zealand from biosecurity risk.

"This was definitely one of our more unusual interceptions, but we need to remember the dead animal could have been harboring diseases or hitchhiker pests with the potential to damage New Zealand's economy and environment."

There are currently more than 4,300 transitional facilities in New Zealand. They are strictly regulated by Biosecurity New Zealand.