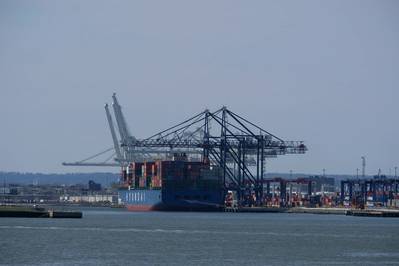 What might not be so obvious in this COVID-19 environment, which we have grown to associate with shortages, is that counterintuitively there are issues beginning to appear dealing with the opposite situation. The Journal of Commerce has reported that “[t]he container shipping industry is marshaling a response to signs of a building import backlog as some retailers and manufacturers fail to pick up containers because warehouses are full or closed due to not being deemed essential service providers responding to coronavirus disease 2019 (COVID-19).” This is a development with implications to all stakeholders in the supply chain and will have some impact on retailers/manufacturers, ocean carriers, ocean transportation intermediaries, and warehouses.

Demurrage
Ocean carriers and/or marine terminals will be assessing demurrage on containers, which are not picked up within the free time period (usually a few days) from when the containers are available. These daily charges accelerate after a period of time, and it is not unusual for demurrage charges to end up in four to five figures, especially with all the other consequences related to COVID-19 such as a growing scarcity of trucking capability, and (as noted) the overstocked conditions of some retailers and manufacturers in their own warehouses.

Detention
Detention are charges assessed on a daily basis after a free period is exceeded. They are assessed per container after the chassis/containers have been picked up from the marine terminal and the importer does not unlade the goods, but rather have the chassis/containers sit in their yards providing “warehousing.” Detention charges, as do demurrage charges, can accrue quickly into hefty figures. We recently experienced such detention charges in the $400,000 range, not accrued during the COVID-19 period, but submitted here as an example of how these charges can accrue to significant levels.

Demurrage and Detention Impacts
Ocean Carriers. On the ocean carrier side there is currently and will continue to be a concern for equipment availability which is a function not only of having the equipment on hand, but properly positioned at a global origin or destination location. At this stage there has been a strong continuation of blank sailings (voyage cancellations) as well as in some cases ocean carriers having cancelled service strings that will impact various U.S. ports. The equipment logistics puzzle will get complicated, and one can expect for ocean carriers to become aggressive in going after container equipment, so that they can be properly placed in their system. Expect demurrage and detention collection activity from the ocean carrier side, which is nothing new, but there may be a new urgency in the activity. COVID-19 issues and how these are handled may have a role to play in the solution of these issues.

Retailer/Manufacturer Importers. As noted in the JOC article cited above, there are some retailers and manufacturers which appear to be abandoning their cargo at marine terminals by failing to pick them up. A couple of things to keep in mind are that ocean carriers and marine terminal operators will be aggressive in going after demurrage and detention charges. The other thing to consider is that these charges can accrue to hefty amounts in a relatively short time. The other factors to keep in mind are the potential actions to be taken by ocean carriers when the containers are considered abandoned which involves the assertion of liens and the sale of the goods to recoup the amounts owed. If the amounts owed exceed the amounts collected from public or private sales, the importer parties would still be liable for the difference between amounts collected and amounts owed.

Ocean Transportation Intermediaries (OTI) and Customs Brokers. Non-vessel operating common carriers (NVOCCs) and Customs Brokers are two types of intermediaries which routinely appear as consignees on ocean carrier master bills of lading. This designation in the Consignee Box immediately designates these entities as “merchants” pursuant to definitions in ocean carrier bills of lading. As “merchants” this category of person is susceptible to demurrage and detention charges even though they are not the true “importers” of the goods which were not picked up from the marine terminals resulting in demurrage, nor were they parties holding up containers which are accruing detention charges at the premises of the true importer, usually the consignee on an NVOCC house bill of lading. Our advice to Customs Brokers: never allow your company to appear as consignee on a master bill of lading if the only functions being performed are custom clearances. The better location for the Customs Broker is the Notify Party box. If the Customs Broker is also acting as an agent for a foreign-domiciled NVOCC as an OTI per Federal Maritime Commission regulations, we suggest that it be designated “AS Agent for Named Registered NVOCC” in the ocean carrier’s master bill of lading. A last word to OTIs acting as NVOCCs when their customers are not picking up the containers: note that in those cases the NVOCC is the designated consignee on the master bill of lading and is arguably liable for demurrage and detention charges. Such NVOCCs should have a plan in hand to assert carrier liens and apply them lawfully to containers being held for all charges owed to it from the importer, including demurrage and possible detention charges.

Conclusion
The current reasons for these additional probabilities for demurrage and detention are new in connection with COVID-19, but the issue of who is liable for these charges, and under what conditions they might not be liable, are well worn issues in this arena which are in the process of being redefined by the Federal Maritime Commission (FMC). Another item of interest is that in anticipation of demurrage and detention and that other cargo delivery events might be different in the COVID-19 era, the FMC has ordered on March 31, 2020 that Commissioner Rebecca Dye identify operational solutions to cargo delivery system challenges related to COVID-19. Commissioner Dye will convene new Supply Chain Innovation Teams to address these challenges. We expect that, before these Supply Chain Innovation Teams will come into play, there will be live legal issues on demurrage and detention with a COVID-19 context.