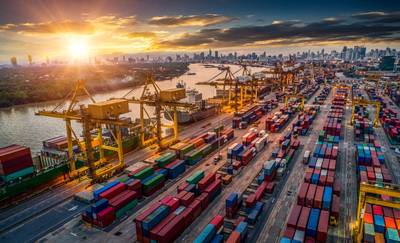 According to the latest crowd-sourced data from Xeneta, long-term rates for reefer containers on the key US West Coast to Far East route soared almost 60% in April.

“This is an almighty increase, pushing prices to an all-time high” said Patrik Berglund, Xeneta CEO. “Contracts on this trade tend to be for year-long durations, running from the start of April to the end of the following March. With the escalating cost of energy prices, and the recent strength of the market for ocean freight in general, shippers would have expected some pain at the negotiating table. But this, for many, is going to be excruciating.”

Shippers looking to beat the price rise may, Berglund points out, switch to cheaper three-month contracts (currently at around $2000 per container) or spot rates, which still appear to offer better value.

Current spot rates on the corridor are predominantly flat, at $5050 (14 May), equating to almost $900 lower than the average for long-term contracts from the past three months. In fact, Xeneta’s analysis shows that spot rates have never reached the current heights of long-term costs, creating opportunity for shippers limber enough to refine strategies ‘on the run’.

Both long- and short-term pricing sits considerably higher for reefers than dry containers, according to Xeneta, with the former $4300 more expensive for long-term contracts, while spot prices command a $3 850 reefer premium as of May 14. To put this into a broader market perspective, this time last year the difference between dry and reefer containers was USD 2500 on both the long- and short-term market.