Is Container Freight Now a Commodity? 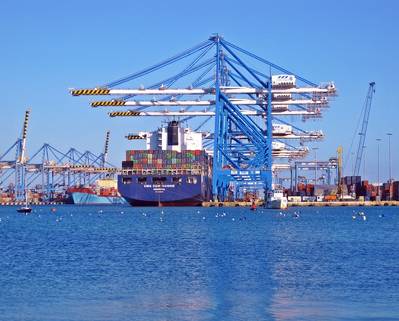 In an interview with Patrik Berglund, the Xeneta CEO says that the introduction of the "commodity" status for the container would benefit both shippers and carriers.

Q- In today’s world of Amazon, Alibaba and E-commerce, have container rates (meaning 20-40’dry box) reached ’commodity’ status?
Not exactly. There is a major difference between ‘cheap’ and being a ‘commodity.’ Clearly the current rates are very low, and in fact threatening the financial viability of 4-6 ocean carriers, but business cycles, as set by supply and demand, are part of the global economic cycle.
Q – What is the difference between ‘cheap’ and ‘commodity?”
A – Business has changed in the last 20-25 years. Even before the internet boom, finance and labor changed world trade. Use textiles or computers for an example; why would you make socks or laptops in Manchester or North Carolina when you can build or finance a mill in Bangladesh or China and make them for a 10th of the price?  That’s what I mean by ‘cheap.’
Q – Those aren’t commodity items?
A- I agree they’re called that, but it’s not exactly correct. Commodities are traded on exchanges: sugar, aluminum, coffee, Brent Crude, or copper are easy examples. The London Metal Exchange (LME), the Cocoa-Sugar-Coffee Exchange (CSCE), the Chicago Board of Trade are all registered and highly-regulated exchanges with specific contract requirements, dates, and trading rules. This regulation and transparent pricing enables prices to rise, as well as fall, which show the true measure of price as evidenced by supply & demand.
Q-But right now ocean freight rates are low; what’s wrong with that?
A-Nothing-if you’re a shipper, but everything, if you’re a carrier. HMM and Hanjin are teetering on bankruptcy; UASC lost a reported US $ 500 million last year, I believe only Maersk, MSC, and CMA CGM earned a profit in 2015. What do you think will happen to rates if the 4-6 weaker carriers merge or disappear? Rates will skyrocket; all those Asian-sourced retail and wholesale items on which the western world, Africa, and Latin America relies will become much more expensive.
Q-How would making container freight a commodity avoid this?
Because items traded on an exchange can be hedged. Take Aluminum, as traded on the LME. You can buy or sell forward up to 123 months (10 ¼ years) or buy & sell options up to 63 months (5 ¼ years). Additionally, you can do your trading in US Dollars, Yen, Sterling, or the Euro. Think of the ability to minimize risk this would give to the carriers, shippers, and their banks!
Imagine how healthy a carrier would be if they’d sold forward 3-5-7 years when China-Europe rates were in the $ 1,500-2,000 range.
On the other hand, imagine a shipper who bought freight contracts 2-3-5 years forward now, and then rates shoot up after a few carrier bankruptcies, or when the Chinese economy recovers even 1-2%?
Q –Can you give us a practical example of how this would work?
A – Yes.  There is about a 2 year lead time from ordering a Megaship until she’s first loaded. The day you sign with the shipyard, prudent management would sell forward the amount of contracts that equals the expected TEU’s carried annually for that ship 2-5-7-10 years out. Your profit for that vessel is locked-in- regardless of whether rates go up, down, or sideways in that same time period.
Q – TEU-rates 10 years out; is this not a difficult concept to understand?
A- Why? Carriers and airlines already hedge fuel; what’s the difference?
Q- That’s a fair point. How would hedging work for the shipper?
It depends on the needs of the shipper. For examples shippers such as Walmart and Carrefour need volumes of TEU’s for a variety of merchandise, some which can be very price-sensitive. They would buy the appropriate number of TEU contracts for that time period, which would lock in their pricing and profit for that item.
Q-How would prices be set?
Well, of course I’d suggest our platform be used. We track more than 60,000 shipping lanes with real-time, actual rates. Transparency of rates is key, and both carriers and shippers know we offer that. But shippers and carriers need to change their current adversarial mindset; they need each other to succeed regardless of rates being high or low.
• Africa • Amazon • Bangladesh