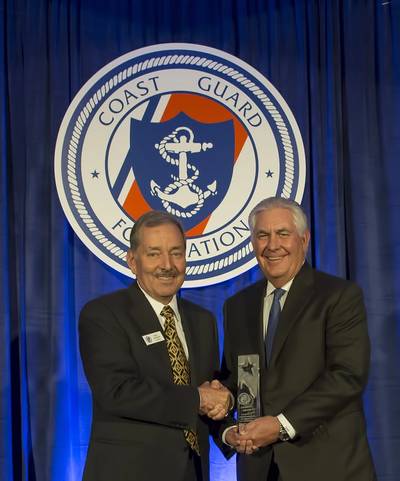 The Coast Guard Foundation, a non-profit organization committed to the education and welfare of all Coast Guard members and their families, announced today that in 2016 it has awarded a record 128 new scholarships. Combined with multi-year scholarship recipients and three Fallen Heroes Scholars, the Foundation is currently supporting 163 students totaling $576,500 in support this year. In just over 26 years, the Foundation's scholarship program has paid out more than $3.8 million to more than 630 college-aged young adults to help the families of Coast Guard members achieve their goals of higher education.

Of the students receiving Foundation assistance, four are class valedictorians and two are salutatorians;28 had a high school GPA of 4.0 or higher and half of the recipientsare children of active duty members. These young men and women have given back to the community in the form of thousands of volunteer hours spent working at food banks, animals shelters, veteran hospitals, assisting in their local communities, and special needs ministries with trips to Guatemala, Jamaica and Mexico, as well asother locations to help those in need. The talented individuals include track stars, soccer standouts, accomplished musicians and swim team captains and aspire to be doctors, nurses, teachers, chemical and aerospace engineers, biomedical and environmental scientists, anthropologists, business executivesand sustainable design engineers.

There are 128 unique and interesting stories of Coast Guard children that are setting high goals for themselves and achieving those goals. Here are a few of their stories.

•    Sarah Nelson received a perfect score on the Coast Guard Foundation’s evaluation metric. Her father, Robert Nelson, has servedin the Coast Guard for 27 years and currently works at the Aviation Technical Training Center in Elizabeth City, NC. She graduated first in her class, was in the USCG Leadership program rising to the rank of Battalion Commander, and received the MOAA Outstanding Military Leadership Award among other awards. She will attend Middlebury College where she intends to study Biology and continue to medical school to study viruses. She is the first in her family to attend college.

•    Riley Hollandsworth’sfather, BMCM William Hollandsworth, is assigned to PATFORSWA(Patrol Forces Southwest Asia) and is currently stationed in Bahrain. Her family has relocated eight times for the Coast Guard, which has given her an interest in other cultures. She plans to study International Anthropology at Rochester Institute of Technology.

•    Tristin Knox will study Theater at California State University of Chico. His stepfather, Cody Tedeschi, retired in 2004 as a BM1. His last duty was with the Pacific Strike Team based in Novato, CA. Tristinwill be the first in his family to attend college.

“The brave men and women of the Coast Guard make tremendous sacrifices daily to protect, defend and save lives,”said Anne Brengle, president, Coast Guard Foundation. “Their families and children also make sacrifices to support them in their mission. We are humbled to be able to give back to these individuals by investing in the futures of these remarkable young men and women as they pursue their dreams of higher education.”