U.S. ports have worked toward increasing the depth and width of their channels to allow for larger ships with greater capacities. The equation is generally: bigger ships = more throughput = increased profitability. But what are the impacts around a channel after it’s widened? The ripple effects may go further than you think.Managing the Impact of Channel Improvement Projects on Structures and PipelinesWith more water to impact them, structures around an expanded channel may need improvements, and pipelines under the channel may need relocation to make way for dredging.

U.S. Treasury Secretary Steven Mnuchin said on Sunday officials will have a better idea this week of the total cost of a coronavirus aid package, but predicted it will likely be "significant but not huge."Mnuchin told "Fox News Sunday" he also planned to talk to lawmakers about critical aid to airlines, as well as the hotel and cruise ship industries."It's hard to model some of these things because you don't know how many workers are going to be home. I want to be careful about throwing out numbers," he said.

America’s largest military shipbuilding company Huntington Ingalls Industries announced that Chief of Naval Operations Adm. Michael Gilday visited the company’s Ingalls Shipbuilding division.During his visit, Gilday toured the shipyard facility and received an overview of infrastructure improvements as well as an update on shipbuilding programs. Adm. Gilday, who was sworn in as the Nation’s 32nd chief of naval operations in August 2019, also met with crew-members of ships currently under construction or modernization at Ingalls.“Along with Mississippi’s two U.S. Senators, Sen.

Rodolphe Saadé, Chairman and Chief Executive Officer of the French container transportation and shipping company CMA CGM Group recommended that French President Emmanuel Macron initiate an international coalition for the energy transition of the transportation sector whose priority will be to develop a more competitive and less carbon-intensive energy source.Rodolphe Saadé stressed the need to improve the cooperation of all those working on near-term solutions to replace fossil fuels in the transportation and logistics sectors.The French President accepted to actively support this initiative… 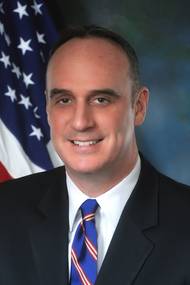 Port operator DP World's planned merger of its P&O Maritime and recently acquired Topaz Energy and Marine businesses is expected to be completed by the end of the year, Topaz CEO Rene Kofod-Olsen said on Monday.DP World bought Dubai-based oil services company Topaz in July with the intention of combining it with P&O Maritime as part of efforts to diversify beyond its core port operations to other marine-related sectors.The merged entity, to be known simply as P&O, will give Topaz…

ABB secured its first contract for ABB Ability Tekomar XPERT for fleet of 55 vessels with Hamburg based ship manager CPO Containerschiffreederei (CCPO).CCPO offers high quality service to its charter clients and professional ship management for 111 of own and third-party ships. They were an early adopter of the smart engine performance diagnostics software, Tekomar XPERT, during its initial release in 2015. The latest Tekomar XPERT for fleet web application launched in June this… 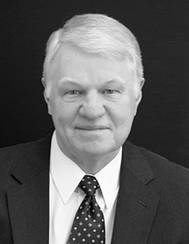 Freight volumes in the United States and around the world are falling, signalling tougher times for manufacturers amid escalating trade tensions and heightened uncertainty.Freight volumes in the United States were up by just 0.8% in the three months from March to May compared with the same period a year earlier, according to the Bureau of Transportation Statistics.Volumes fell year-on-year in May, for the first time in more than two and half years, according to the agency's transportation services index.Freight is growing at the slowest rate since the mid-cycle slowdown of 2015/16…

A three-day meeting of maritime industry, government leaders, scientists and scholars was held in Singapore to explore the intersections and impacts of maritime heritage. Organized by the Consortium for International Maritime Heritage (CIMH) the key message from this first World Congress on Maritime Heritage is a simple one:  the oceans are in trouble and if the oceans are in trouble, so too is the earth. We breathe oxygen produced by the sea and the sea mitigates the impact of inadequately controlled CO2 emissions. This is a water planet, with two-thirds of the earth covered by it.