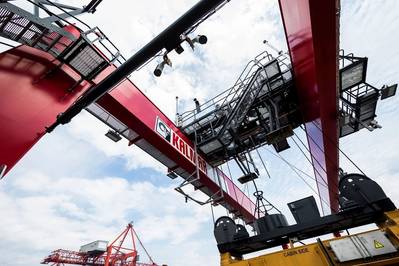 Cargotec and Konecranes on Thursday won EU antitrust clearance for their 4.5-billion-euro ($5 billion) deal to create a global leader in industrial machinery after agreeing to divest some businesses.

The companies, which provide road and sea-cargo handling machinery and services to industries, factories, ports and terminals, announced their tie-up in October last year.

The European Commission said the companies' remedies addressed its concerns that the deal may hurt competition and lead to higher prices, confirming a Reuters story on Feb. 4.

"Port terminal operators, logistics companies and a wide range of industrial players in Europe depend on this equipment to lift and carry containers and heavy loads," European Competition Commissioner Margrethe Vestager said in a statement.

"In the current container shipping industry landscape, we needed to make sure that this merger would not harm the supply chains by further price increases," she said.

Cargotec pledged to divest its full cranes and straddle/shuttle carrier business, including a manufacturing plant in Poland and a license for use of Cargotec's Kalmar brand for the divested product categories.

Konecranes will sell its business for the manufacturing and commercialization of reach stackers, full container handlers, empty container handlers and forklift trucks, including plants in Sweden and China as well as contracts with distributors.