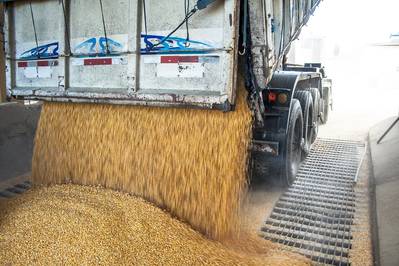 Brazil's unit of U.S.-based grain trader Bunge announced on Thursday a partnership with logistics and technology provider Target for creation of a company focusing on the hiring of road freight digitally.

The company will be called Vector, and the move comes one year after the launch of an application of the same name that was developed for Bunge to hire freight more efficiently.

Brazil, the world's largest soybean producer and exporter, still largely relies on trucks to move grains while limited waterway and rail infrastructure put the country at a disadvantage against United States competitors.

"Based on the data we have available since the application was launched, we know that the tool not only creates efficient collaboration between companies and drivers, but also improves the truck driver's quality of life and income," said Vector Chief Executive Javier Maciel in a statement issued by Bunge.

In just over a year, the Vector application has enabled the digitization of virtually all of Bunge's freight contracting processes. The company handles around 25 million tonnes of grain annually in Brazil, the statement said.

Today, the volumes contracted via the application represent 97% of everything that Bunge transports by road in the country.