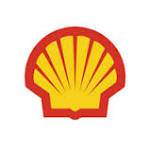 In his new role, Harry will become a member of the Executive Committee and will take over from Matthias Bichsel who will be leaving the company after 34 years.