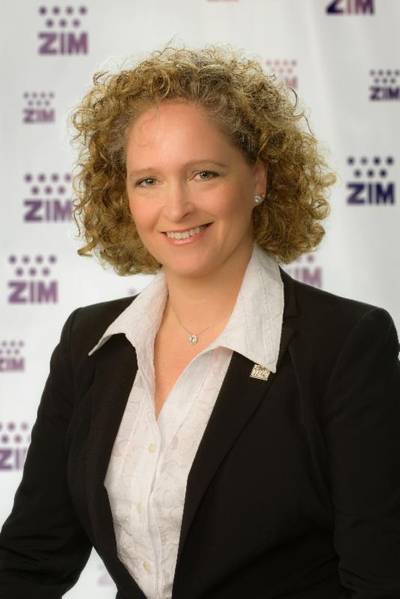 Lea Bogatch-Genossar, ZIM's Americas, Canada and Caribbean Area President, has been named Person of the Year by the New York/ New Jersey Foreign Freight Forwarders and Brokers Association. Ms. Bogatch-Genossar will be honored at the 97th annual association dinner on January 22, 2014 at the Marriott Marquis Hotel in New York.

In this role, she heads ZIM's wide-ranging activities in this region, which accounts for a significant part of ZIM's global operations. As a member of ZIM's top management team, Bogatch-Genossar takes part in formulating and implementing the company's strategy and realizing its vision and mission which include achieving the business targets in a challenging market, focusing on improving utilization and cost efficiency for ZIM, while enhancing customer relations and service levels.

Ms. Bogatch-Genossar served in numerous divisions and senior positions within the company before her nomination as ZIM's top executive in North America and the Caribbean.

A second-generation executive with ZIM, she is a graduate of the prestigious Technion Institute of Technology securing degrees in economics and industrial engineering (BSc), and holds an MBA in marketing. She joined ZIM in 1992 and began her career as an analyst in ZIM's Planning & Development Department. In 2006, she was nominated as Special Assistant to the CEO as well as Head of Global Accounts, overseeing company-wide projects including a major savings drive. In 2007, Bogatch-Genossar became ZIM's District Manager in Italy, managing the company's extensive activity in the region. In 2009, she relocated to Norfolk, Virginia as Senior VP Marketing & Sales for the Americas. In August last year, Bogatch-Genossar was nominated to her current position.

In addition, Bogatch-Genossar is highly engaged in the promotion of company values such as support for the community through an array of volunteer programs in the U.S. (Seton House Shelters, the REACH program, Bayside Middle School and Tidewater Oncology Center.)

The dinner is one of the largest industry events in the United States and is attended by executives and representatives of the ocean carriers, forwarders, brokers, terminal operators, government and the many ancillary industries. Tickets and membership directory advertising are available though the association at nynjforwarders-brokers.org or by telephone at 732-741-1936.