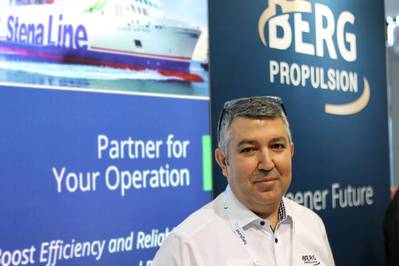 Berg Propulsion opened new offices in Istanbul to reinforce its presence in Turkey and the surrounding region. The operation will be led by Mustafa Müslüm, who has been appointed General Manager, Berg Propulsion Eurasia.

Müslüm is familiar with the Berg Propulsion organization, having led regional activities on behalf of Berg Propulsion between 2005 and 2013 Istanbul and Dubai. He went on to serve Reintjex Eurasia and then Schottel Turkey, building on his network of contacts with local designers, owners and yards. He holds a degree in Naval Architecture from Istanbul Technical University.

“Türkiye is a leading shipbuilding nation and its prowess in tug construction aligns closely with the investments Berg Propulsion is making in product development, production capacity and service support,” said Jonas Nyberg, Managing Director – Western Hemisphere, Berg Propulsion.  “This is a very important market and we are delighted to serve clients through our Istanbul office and deploy the specialised knowledge of products, experience and contacts which Mustafa Müslüm brings back to Berg Propulsion.”